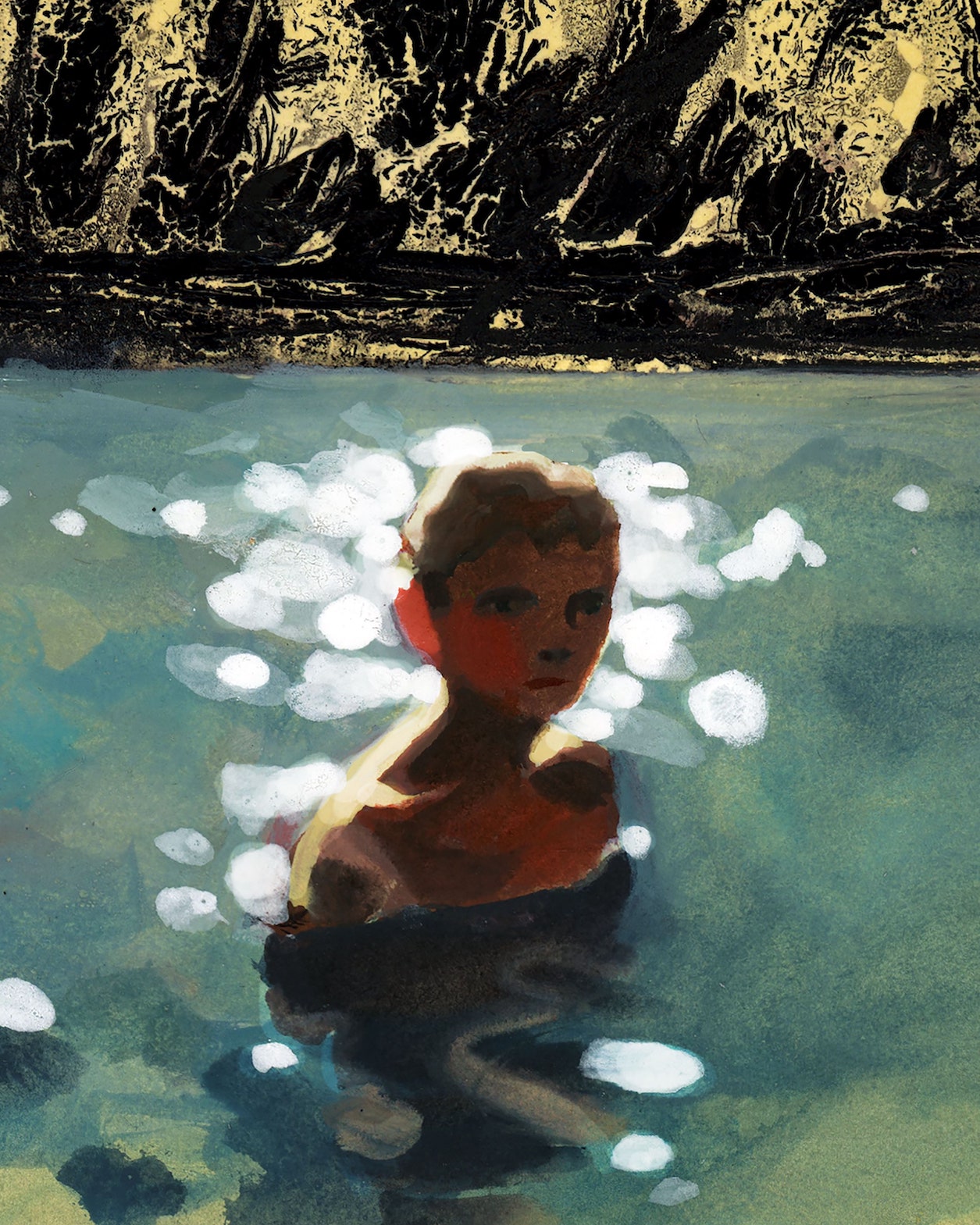 The boy floated with the newts in the dark water of the pond. The points of the pines scorched the sky and a hawk slowly circled the sun. In the shallows, the two dogs were islands of red-gold snout, spine, tail; up in the great house, the women were drinking cold gin from teacups, the men resting naked in shuttered bedrooms under the wind that roared from box fans.

The boy had lain all afternoon in the pond, so long that he was sure the water had entered his brain through his ears and had washed all thought out. He was as dumb as the newts all around him with their fat bellies and splayed limbs. He would lie here suspended beyond the tense hot afternoon and into the dusk with fireflies, he would lie here into the night, into the dawn, into the rest of the summer and the fall with the surface of the pond scummed with red maple leaves and the winter with the cold slowing him until his heart beat once a day and the ice covered him gently as with a thickness of glass. It would be a good life, this life of newt. He would be held up by the dark brown water that lapped at him, that asked nothing at all of him. Read the full novella at the New Yorker.