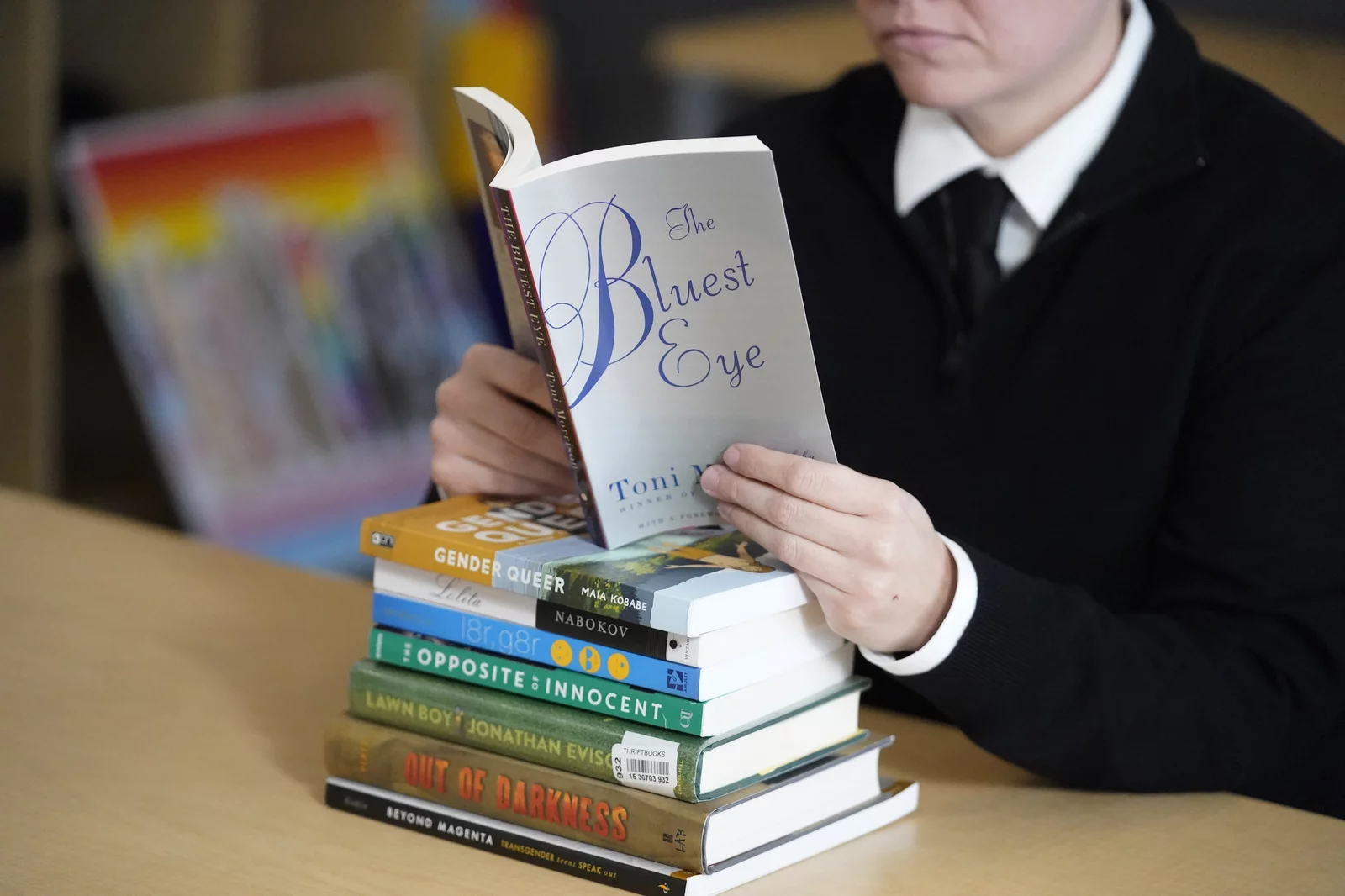 On a school night in late January, Stephana Ferrell, a 39-year-old mother of two elementary school children in Orange County, Fla., logged onto a virtual meeting with more than 200 other parents around the country who, like her, have been alarmed to see books pulled off the shelves of their children’s schools.

Ferrell, a family photographer who owns a business, began dipping her toes in local activism for the first time in early 2021 when she lobbied her school district to continue COVID-19 precautions as mask mandates were being lifted. But her involvement ramped up later in the year. That’s when she began organizing parents all around Florida to oppose calls to ban books that some conservatives have deemed too “divisive” or “pornographic” to be in schools and curricula.

Ferrell hoped her experience organizing a campaign against book challenges might be instructive to others who similarly oppose what she views as a politically-driven campaign at children’s schools.

“Lawn Boy is not on the shelf right now, and then All Boys Aren’t Blue says that it’s in stock and available,” Ferrell told the online participants. “We had a high school student go in there and try to ask for it and they said, ‘Sorry, that book’s not available right now for checkout.’ So that’s a shadow ban on All Boys Aren’t Blue.” Read the full story at NPR.