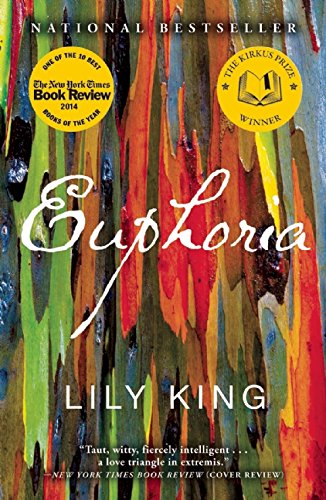 We have all spent hours in school learning about many things that did not hold our interest due to the dry way that it was presented to us. Well Euphoria, our April 2015 Book of the Month, is here to show us that if Lily King had been our anthropology teacher we would have done extra credit.

Nationally bestselling and award-winning author Lily King has given us the fictionalized story of Margaret Mead, along with her present and future husbands. We are drawn in to the passion and rivalry as they work together in the field as anthropologists. King’s beautiful prose not only captures the sense of place and time that is essential to this story but also sweeps us up in an epic story of complex people and emotions.

This is the book our book clubs have been waiting for – a page turner that is well-written and has a lot to discuss. For example the character Bankson in the novel wonders about Nell (Mead), “When only one person is the expert on a particular people, do we learn more about the people or the anthropologist when we read the analysis?” Read this and you will wonder as well.

Lily King’s new novel is the story of three young, gifted anthropologists in 1933 caught in a passionate love triangle that threatens theirs bonds, their careers, and ultimately their lives. English Anthropologist Andrew Bankson has been alone in the field for several years, studying a tribe on the Sepik River in the Territory of New Guinea with little success. Increasingly frustrated and isolated by his research, Bankson is on the verge of suicide when he encounters the famous and controversial Nell Stone and her wry, mercurial husband Fen. Bankson is enthralled by the magnetic couple whose eager attentions pull him back from the brink of despair. Set between World War I and II and inspired by events in the life of revolutionary anthropologist Margaret Mead, Euphoria is an enthralling story of passion, possession, exploration and sacrifice from award-winning novelist Lily King. 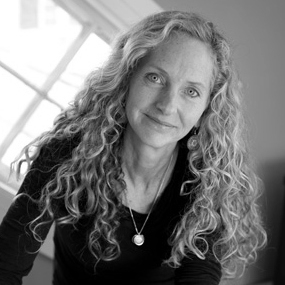 Lily King grew up in Massachusetts and received her B.A. in English Literature from University of North Carolina at Chapel Hill, and her M.A. in Creative Writing from Syracuse University. She has taught English and Creative Writing at several universities and high schools in this country and abroad.

Lily’s first novel, The Pleasing Hour (1999) won the Barnes and Noble Discover Award and was a New York Times Notable Book and an alternate for the PEN/Hemingway Award. Her second, The English Teacher, was a Publishers Weekly Top Ten Book of the Year, a Chicago Tribune Best Book of the Year, and the winner of the Maine Fiction Award. Her third novel, Father of the Rain (2010), was a New York Times Editors Choice, a Publishers Weekly Best Novel of the Year and winner of both the New England Book Award for Fiction and the Maine Fiction Award. It was translated into various languages.

Lily’s latest novel, Euphoria, was released in June 2014. It won the Kirkus Award for Fiction 2014, the New England Book Award for Fiction 2014 and is a finalist in the National Book Critics Circle Awards (to be announced March 12, 2015). Euphoria was named one of the 10 Best Books of 2014 by The New York Times Book Review. It was included in TIME’s Top 10 Fiction Books of 2014 and the Amazon Best Books of 2014. Reviewed on the cover of The New York Times Book Review, Emily Eakin called Euphoria, “a taut, witty, fiercely intelligent tale of competing egos and desires in a landscape of exotic menace.” The novel is being translated into numerous languages and a feature film is underway.

Lily is the recipient of a MacDowell Fellowship and a Whiting Writer’s Award. Her short fiction, essays, and reviews have appeared in many publications, including The New York Times, The Washington Post, The Los Angeles Review of Books, Ploughshares, Glimmer Train, and several anthologies.