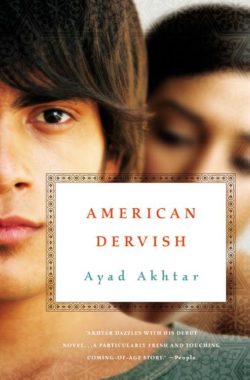 The novel recounts the rocky adolescence of a Muslim boy growing up in a complicated immigrant family in the American Midwest of the 1980’s. At once part of a great American tradition of the coming of age tale from Twain to Salinger, American Dervish exposes readers to a part of the American experience, that of Muslim American families, that has largely remained absent from literature until now. We hope you will be as charmed, riveted and edified by this novel from an important new voice in contemporary literature as we are.

Hayat Shah is a young American in love for the first time. His normal life of school, baseball, and video games had previously been distinguished only by his Pakistani heritage and by the frequent chill between his parents, who fight over things he is too young to understand. Then Mina arrives, and everything changes.

Mina is Hayat’s mother’s oldest friend from Pakistan. She is independent, beautiful and intelligent, and arrives on the Shah’s doorstep when her disastrous marriage in Pakistan disintegrates. Even Hayat’s skeptical father can’t deny the liveliness and happiness that accompanies Mina into their home. Her deep spirituality brings the family’s Muslim faith to life in a way that resonates with Hayat as nothing has before. Studying the Quran by Mina’s side and basking in the glow of her attention, he feels an entirely new purpose mingled with a growing infatuation for his teacher.

When Mina meets and begins dating a man, Hayat is confused by his feelings of betrayal. His growing passions, both spiritual and romantic, force him to question all that he has come to believe is true. Just as Mina finds happiness, Hayat is compelled to act — with devastating consequences for all those he loves most. 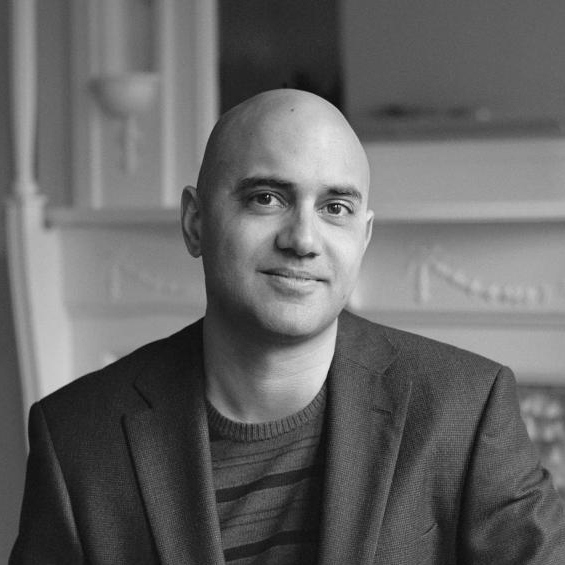 Ayad earned a degree in Theater from Brown University and, after graduating, moved to Tuscany to work with world-renowned acting theorist and pioneer, Jerzy Grotowski (Towards a Poor Theater). He has been a New York City resident since the late nineties where he has taught acting on his own and alongside Andre Gregory (My Dinner With Andre, Vanya on 42nd St.).

An alumnus of the Graduate Film Program at Columbia University, Ayad earned a degree in directing and won multiple awards for his work. He is the author of numerous screenplays. He co-wrote and played the lead role in The War Within, which premiered at the 2005 Toronto Film Festival. It was nominated for an Independent Spirit Award (Best Screenplay) and an International Press Academy Satellite Award (Best Picture – Drama) and released internationally.

American Dervish, his first novel, was published in January 2012, and will be released in 22 languages worldwide.