The Impossible Lives of Greta Wells by Andrew Sean Greer 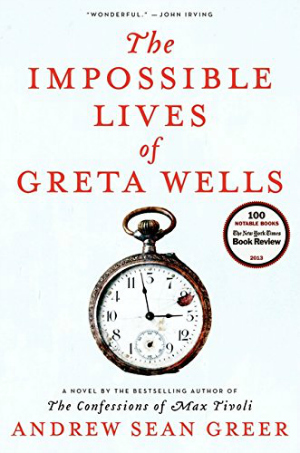 Whether you are waiting in an airport bar, lying under a beach umbrella, or curled up at home with a tall glass of iced tea, Literary Affairs’ July 2013 Book of the Month will transport you utterly. Like the eponymous woman of the book’s title, readers of The Impossible Lives of Greta Wells by Andrew Sean Greer will be spellbound on a journey not to exotic far-flung places, but across time and deeply into the self.

The book begins in 1985 where, bereft by the death of her twin brother from AIDS and the end of her long-term relationship, depressed Greta undergoes electroshock treatment. When she wakes from her daze, she finds herself quite intact–only the year is 1918, her beloved brother is alive and she is married to the man who has just broken her heart. The next time Greta undergoes the treatment, she will find herself in 1941, with the same constellation of relationships but different outcomes. The novel will move back and forth between these three time periods, each time allowing readers to see how life is altered by context, but that that one woman’s heartbreaks and hopes seem to transcend even time itself. As the narrator beautifully ponders, “Perhaps one day they will invent a camera to capture the fleeting self – not the soul, but the self – and we can truly see which one we were, on any particular day, and mark the shifting lives we lead that we pretend belong to one person alone.” Be taken away, only to arrive back on your own doorstep, transformed by your travels. Isn’t that what all great reading does for us?

The Impossible Lives of Greta Wells, Andrew Sean Greer’s fifth book and fourth novel, develops the themes of love and time by presenting his main character with three versions of her life. Each morning, she awakens to the same room, the same city, the same aunt and brother and lover. The only change: the year in which they all are living: 1918, 1941 and 1985. Threads of war and disease connect the worlds, and Greta watches characters sometimes unable to live their lives, sometimes bound to repeat them. With sacrifices to be made in every world, which one would she choose? 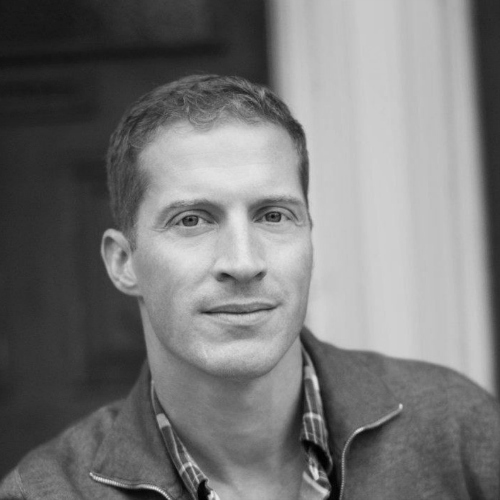 Andrew Sean Greer is the bestselling author of The Story of a Marriage, which The New York Times has called an “inspired, lyrical novel,” and The Confessions of Max Tivoli, which was named one of the best books of 2004 by the San Francisco Chronicle and received a California Book Award.

The child of two scientists, Greer studied writing with Robert Coover and Edmund White at Brown University, where he was the commencement speaker at his own graduation, where his unrehearsed remarks, critiquing Brown’s admissions policies, caused a semi-riot. After years in New York working as a chauffeur, theater tech, television extra and unsuccessful writer, he moved to Missoula, Montana, where he received his Master of Fine Arts from The University of Montana, from where he soon moved to Seattle and two years later to San Francisco where he now lives. He is currently a fellow at the New York Public Library Cullman Center. He is an identical twin.

While in San Francisco, he began to publish in magazines before releasing a collection of his stories, How It Was for Me. His stories have appeared in Esquire, The Paris Review, The New Yorker and other national publications, and have been anthologized most recently in The Book of Other People, and The PEN/ O. Henry Prize Stories 2009. His first novel, The Path of Minor Planets, was published in 2001.