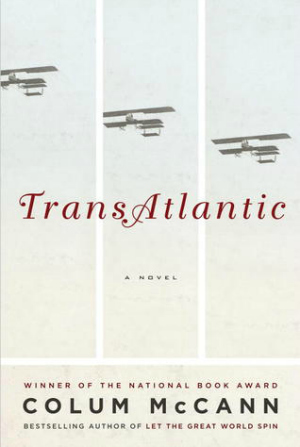 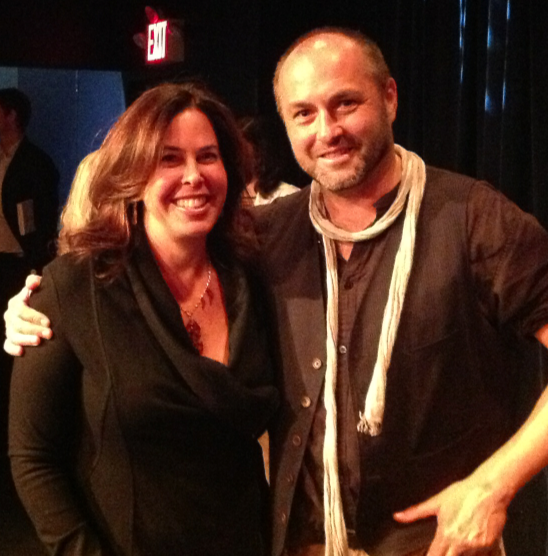 2009 National Book Award Winner for Let The Great World Spin and Literary Affairs favorite Colum McCann has done it again: written a novel both epic in scope and quietly, deeply intimate. It is popular today to mention “the power of storytelling” in writing as if it were a new discovery, but in Colum’s work it is truly the force that gives rise to human dignity, that allows spirit to emerge from the chaos and accident of history. TransAtlantic is a tapestry of time-and-space spanning stories that cohere around questions that transcend the bounds of history and culture, and yet give shape and meaning to them.

Beginning with the little heralded but historical first transatlantic flight from Newfoundland to Ireland by two young Brits a full decade before Charles Lindbergh became an international star with his solo flight, the heart of the novel may be another little known historical episode: a trip that Frederick Douglass, then an escaped slave already famous for his impassioned abolitionist speeches and writing, took to Ireland in 1845. TransAtlantic blends fact and fiction not merely as a literary device, but as an approach to the discovery of the deeper truths, almost a political act. As Colum puts it, the novelist’s job is to “pierce acknowledged history and find something different.” Like Let The Great World Spin, TransAtlantic is as much about the epic figures of the “grand narrative” as it is about the people absent from the history books, particularly the women, who may have as great or greater a role to play in both this novel and in the shared story of our common humanity.

For those of our readers lucky enough to have been at the ceremony when we awarded Colum the first ever Medici Prize, you know that the generosity and humanity that live in the pages of his books are very much present in the man himself. Because Colum truly believes that stories have the power to transform the world and that, “all of our stories matter” he has co-founded Narrative 4, a project that will connect teenagers from all over the world to share their stories with one another, an act that he hopes will encourage the “radical empathy” that can bring about lasting social change. To launch the project, Colum has partnered with Esquire magazine to publish short stories by 106 writers, some famous and some emerging, on the subject of “How To Be a Man.” Literary Affairs is encouraging all of our readers to go to the website, and donate $5 (or more) for access to all 106 of these short stories. Read more about Narrative 4 HERE.

Newfoundland, 1919. Two aviators — Jack Alcock and Arthur Brown — set course for Ireland as they attempt the first nonstop flight across the Atlantic Ocean, placing their trust in a modified bomber to heal the wounds of the Great War.

Dublin, 1845 and ’46. On an international lecture tour in support of his subversive autobiography, Frederick Douglass finds the Irish people sympathetic to the abolitionist cause—despite the fact that, as famine ravages the countryside, the poor suffer from hardships that are astonishing even to an American slave.

New York, 1998. Leaving behind a young wife and newborn child, Senator George Mitchell departs for Belfast, where it has fallen to him, the son of an Irish-American father and a Lebanese mother, to shepherd Northern Ireland’s notoriously bitter and volatile peace talks to an uncertain conclusion.

These three iconic crossings are connected by a series of remarkable women whose personal stories are caught up in the swells of history. Beginning with Irish housemaid Lily Duggan, who crosses paths with Frederick Douglass, the novel follows her daughter and granddaughter, Emily and Lottie, and culminates in the present-day story of Hannah Carson, in whom all the hopes and failures of previous generations live on. From the loughs of Ireland to the flatlands of Missouri and the windswept coast of Newfoundland, their journeys mirror the progress and shape of history. They each learn that even the most unassuming moments of grace have a way of rippling through time, space, and memory.

The most mature work yet from an incomparable storyteller, TransAtlantic is a profound meditation on identity and history in a wide world that grows somehow smaller and more wondrous with each passing year. 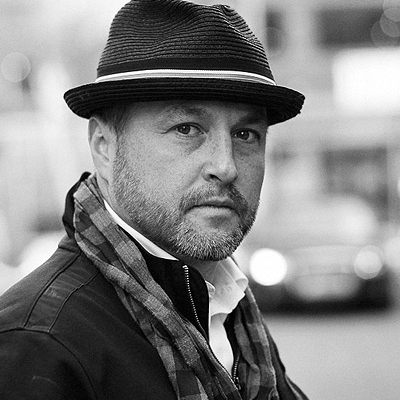 Colum McCann was born in Ireland in 1965. He is the author of six novels and two collections of stories. He has been the recipient of many international honours, including the National Book Award, the International Dublin Impac Prize, a Chevalier des Arts et Lettres from the French government, election to the Irish arts academy, several European awards, the 2010 Best Foreign Novel Award in China, and an Oscar nomination. His work has been published in over 35 languages. He lives in New York with his wife, Allison, and their three children. He teaches at the MFA program in Hunter College.