In Paradise by Peter Matthiessen 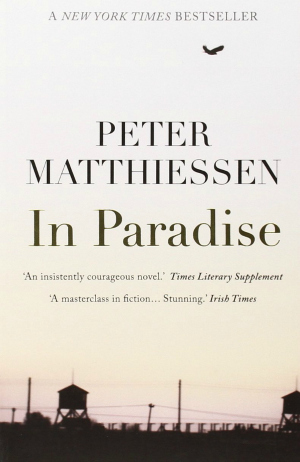 Peter Matthiessen’s character Clements Olin quotes survivor-writer Aharon Appelfeld who said, “The Holocaust belongs to the type of enormous experience that reduces one to silence. Any utterance, any statement, any ‘answer’ is tiny, meaningless, and occasionally ridiculous. Even the greatest of answers seems petty.” Yet Peter Matthiessen has chosen to write his last words about just this subject and I believe that he has approached it in a unique way that defies description, you just must read it for yourself.

In Paradise is our May 2014 Book of the Month selection and is a book we feel is important to read and discuss. The frame of the book is a Zen meditation retreat attended by our narrator along with a group of strangers of many nationalities and religions. As the book progresses it is slowly revealed who these people are and we try to glean the purpose of their presence, for this retreat is at Auschwitz, and many of these people are descendants of the dead and of their killers. To tell any more about this profound novella would take away from your experience of reading it. It is a deep and compelling exploration of our very nature and how we can truly bear witness.

Peter Matthiessen was a literary legend, the author of more than thirty acclaimed books. In this, his final novel, he confronts the legacy of evil, and our unquenchable desire to wrest good from it.

One week in late autumn of 1996, a group gathers at the site of a former death camp. They offer prayer at the crematoria and meditate in all weathers on the selection platform. They eat and sleep in the sparse quarters of the Nazi officers who, half a century before, sent more than a million Jews in this camp to their deaths. Clements Olin has joined them, in order to complete his research on the strange suicide of a survivor. As the days pass, tensions both political and personal surface among the participants, stripping away any easy pretense to resolution or healing. Caught in the grip of emotions and impulses of bewildering intensity, Olin is forced to abandon his observer’s role and to bear witness, not only to his family’s ambiguous history but to his own.

Profoundly thought-provoking, In Paradise is a fitting coda to the luminous career of a writer who was “for all readers. He was for the world” (National Geographic). 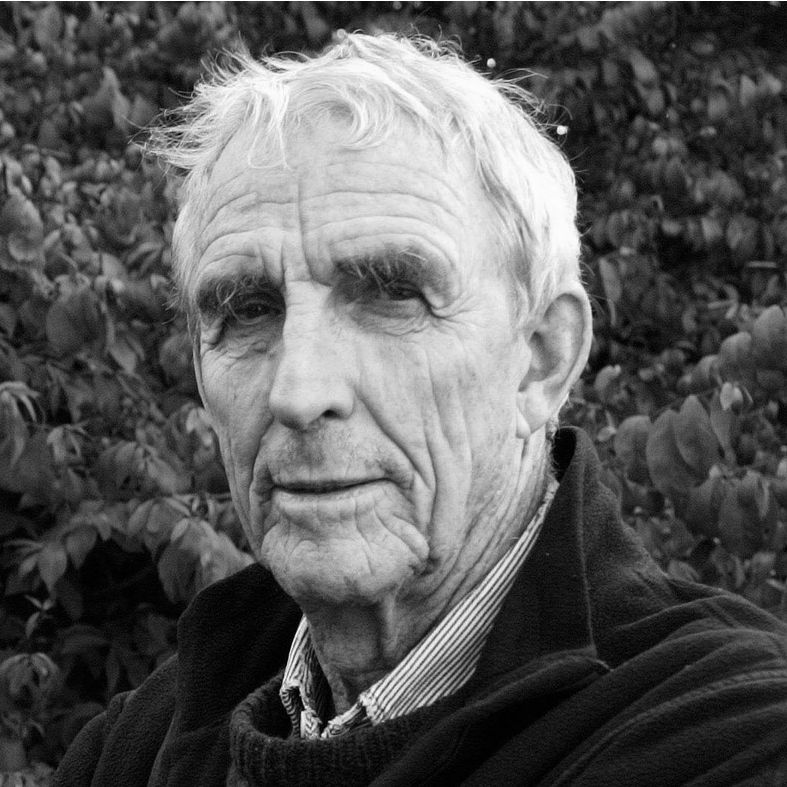 Peter Matthiessen (May 22, 1927 – April 5, 2014) was an American novelist, naturalist, wilderness writer and a CIA-agent. A co-founder of the literary magazine The Paris Review and a three-time National Book Award winner. (In a 2008 interview with Charlie Rose, Matthiessen stated that he “invented The Paris Review as cover” for his CIA activities.) He was also a prominent environmental activist. His nonfiction featured nature and travel — notably The Snow Leopard (1978) – or American Indian issues and history—notably a detailed and controversial study of the Leonard Peltier case, In the Spirit of Crazy Horse (1983). His fiction was adapted for film: the early story “Travelin’ Man” was made into The Young One (1960) by Luis Buñueland the novel At Play in the Fields of the Lord (1965) into the 1991 film of the same name. In 2008, at age 81, Matthiessen received the National Book Award for Fiction for Shadow Country, a one-volume, 890-page revision of his three novels set in frontier Florida that had been published in the 1990s. According to critic Michael Dirda, “No one writes more lyrically [than Matthiessen] about animals or describes more movingly the spiritual experience of mountaintops, savannas, and the sea.” Matthiessen was treated for acute leukemia for more than a year. His death came just three days before the publication of his final novel, In Paradise.