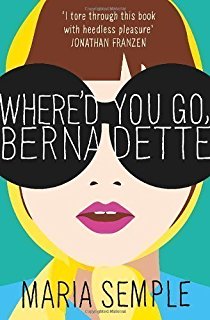 At Literary Affairs, we are still laughing out loud over Maria Semple’s deliciously antic new novel, Where’d You Go, Bernadette. Set in Seattle, the story recounts a daughter’s search for her eccentric, irascible mother through the innovative means of a series of interconnected ‘documents’: report cards, email messages, emergency room reports, to name a few. It is through this ‘paper trail’ that both the mystery unravels and the characters, who are both original and astonishingly close to home, reveal themselves. This intelligent and hilarious satire does what all great comic novels should: it makes us shake with laughter while it holds a sometimes discomfiting mirror up to our personal lives and the world we live in today.

Bernadette Fox is notorious. To her Microsoft-guru husband, she’s a fearlessly opinionated partner; to fellow private-school mothers in Seattle, she’s a disgrace; to design mavens, she’s a revolutionary architect, and to 15-year-old Bee, she is a best friend and, simply, Mom.

Then Bernadette disappears. It began when Bee aced her report card and claimed her promised reward: a family trip to Antarctica. But Bernadette’s intensifying allergy to Seattle – and people in general – has made her so agoraphobic that a virtual assistant in India now runs her most basic errands. A trip to the end of the earth is problematic. 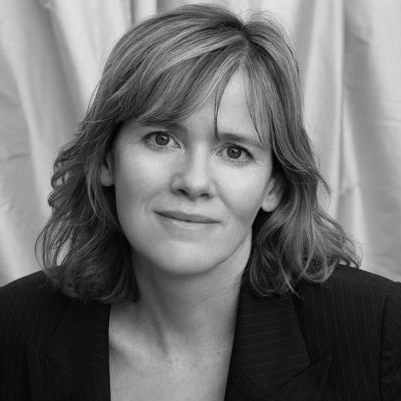 Maria Semple spent her first few years traveling around Europe with her parents. While living in Spain, her father Lorenzo wrote the pilot for the TV series Batman. The family packed up and moved to Los Angeles. After Lorenzo became established as a screenwriter, the family moved to Aspen, Colorado. For high school, Maria was sent away to Choate Rosemary Hall and loved every minute of it.

College was at Barnard, where Maria had big plans of becoming a novelist or a teacher. Those dreams got derailed when she sold a movie script to Twentieth Century Fox just after graduation. The movie didn’t get made, but she moved to LA and made a living writing more screenplays that didn’t get made. Maria got into TV when her friend Darren Star – whom she’d met on the ski slopes in Aspen years earlier – gave her a job on Beverly Hills, 90210. Thus began a fifteen-year career in television, writing for good shows like Ellen, Mad About You and Arrested Development. And bad shows you’ll have to look elsewhere to find.

Maria had a baby, quit television and finally gave novel-writing a try. This One Is Mine was published by Little, Brown in December 2008. Maria, her boyfriend and daughter moved to Seattle where her new novel, Where’d You Go, Bernadette, begins. Maria loves living in Seattle – thank you for asking – where she teaches writing, studies poetry and tries, with mixed results, to stay off the internet.

Where’d You Go, Bernadette was published by Little, Brown & Co. in August, 2012.