Margaret Atwood and Salman Rushdie in Running for Booker Prize

Atwood’s “The Testaments” is one of 13 books longlisted
for Britain’s most prestigious literary award. 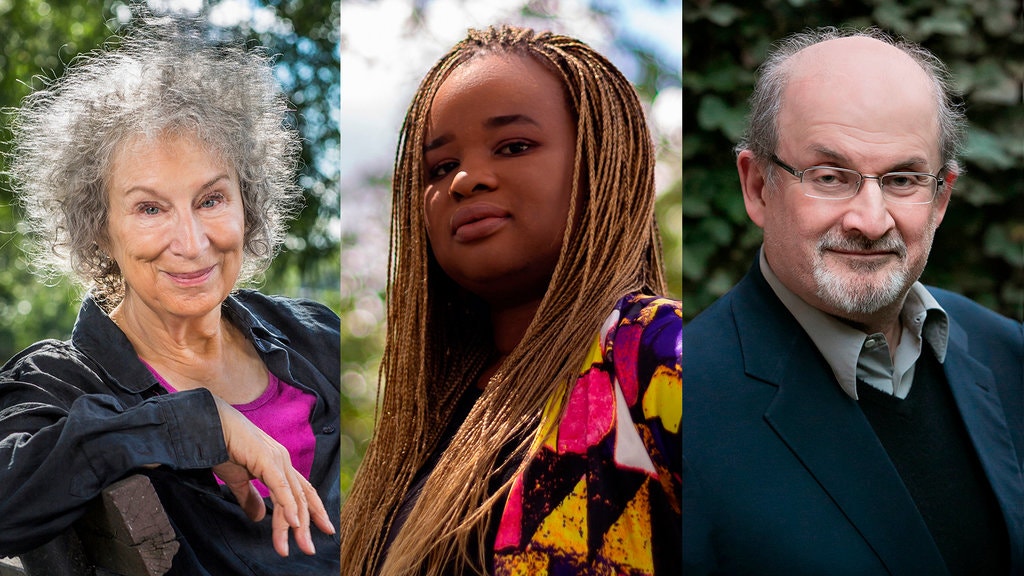 LONDON — Margaret Atwood’s novel “The Testaments,” the highly anticipated sequel to “The Handmaid’s Tale,” was announced here on Wednesday as one of the books in the running for the Booker Prize, Britain’s most prestigious literary award.

“A ferocious nondisclosure agreement” prevented the prize’s judges from revealing any of the book’s plot, they said in a joint statement announcing the list of 13 competitors. But the novel is “terrifying and exhilarating,” they added.

Atwood, whose novel “The Blind Assassin” won the Booker Prize in 2000, faces strong competition for the award. Other nominated books include Salman Rushdie’s forthcoming “Quichotte,” about a traveling salesman who drives across the United States, and “10 Minutes 38 Seconds in This Strange World” by Elif Shafak, about a prostitute in Istanbul.

Little is known about “The Testaments,” except that it is set 15 years after “The Handmaid’s Tale” and is narrated by three female characters. Last year, Atwood said in a statement that she wanted “The Testaments” to explore parallels between her imaginary dystopia — in which women are treated as reproductive serfs — and the current political climate. Read the full story at The New York Times.