Can Greek Tragedy Get Us Through The Pandemic?

Can Greek Tragedy Get Us Through The Pandemic?

A theatre company has spent years bringing catharsis to the traumatized. In the coronavirus era, that’s all of us. 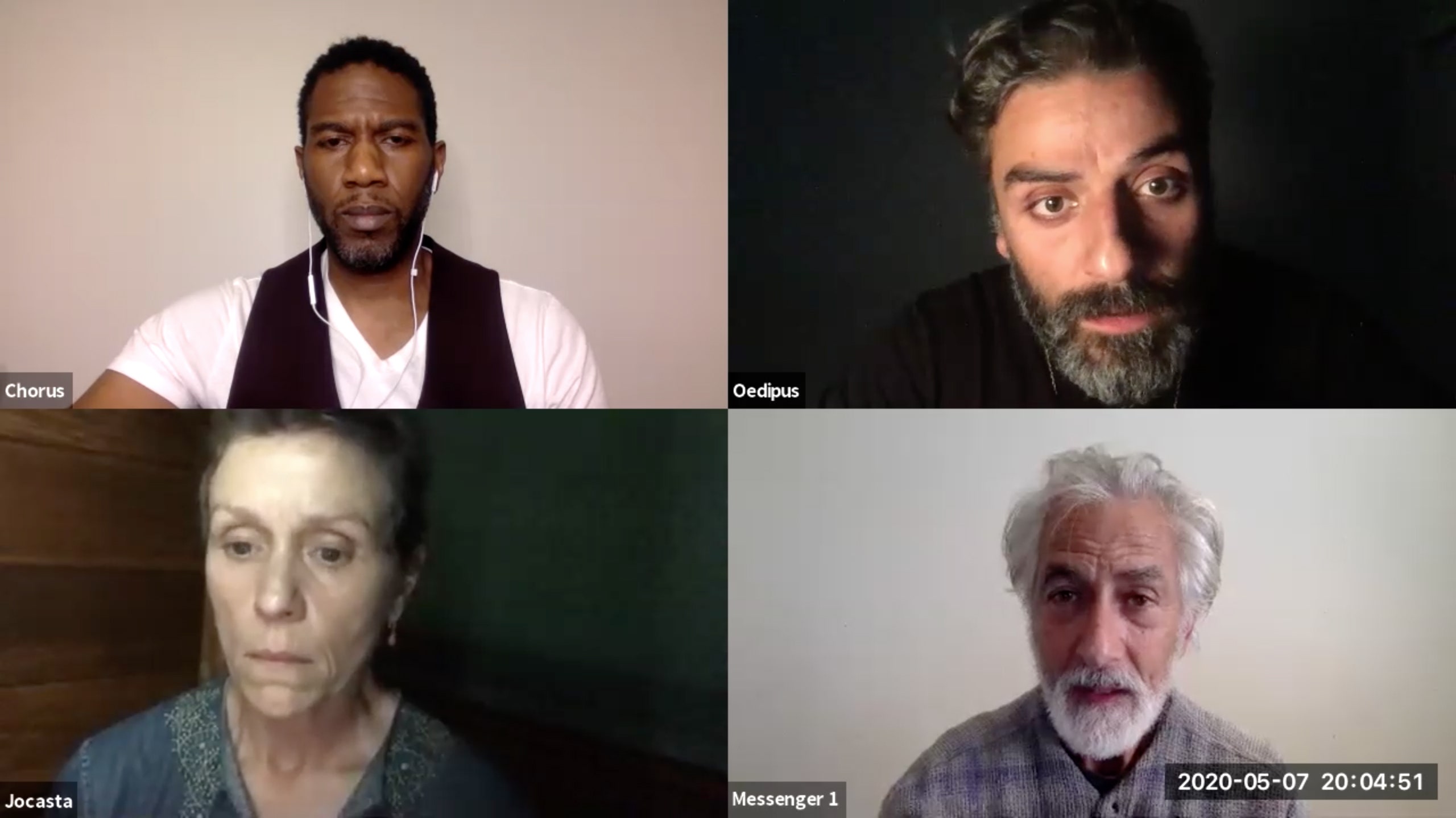 “Children of Thebes, why are you here?” Oscar Isaac asked. His face filled the monitor on my dining table. (It was my partner’s turn to use the desk.) We were a couple of months into lockdown, just past seven in the evening, and a few straggling cheers for essential workers came in through the window. Isaac was looking smoldery with a quarantine beard, a gold chain, an Airpod, and a black T-shirt. His display name was set to “Oedipus.”

Isaac was one of several famous actors performing Sophocles’ “Oedipus the King” from their homes, in the first virtual performance by Theater of War Productions: a group that got its start in 2008, staging Sophocles’ “Ajax” and “Philoctetes” for U.S. military audiences and, beginning in 2009, on military installations around the world, including in Kuwait, Qatar, and Guantánamo Bay, with a focus on combat trauma. After each dramatic reading, a panel made up of people in active service, veterans, military spouses, and/or psychiatrists would describe how the play resonated with their experiences of war, before opening up the discussion to the audience. Since its founding, Theater of War Productions has addressed different kinds of trauma. It has produced Euripides’ “The Bacchae” in rural communities affected by the opioid crisis, “The Madness of Heracles” in neighborhoods afflicted by gun violence and gang wars, and Aeschylus’ “Prometheus Bound” in prisons. “Antigone in Ferguson,” which focusses on crises between communities and law enforcement, was motivated by an analogy between Oedipus’ son’s unburied body and that of Michael Brown, left on the street for roughly four hours after Brown was killed by police; it was originally performed at Michael Brown’s high school. Read the full piece at The New Yorker.