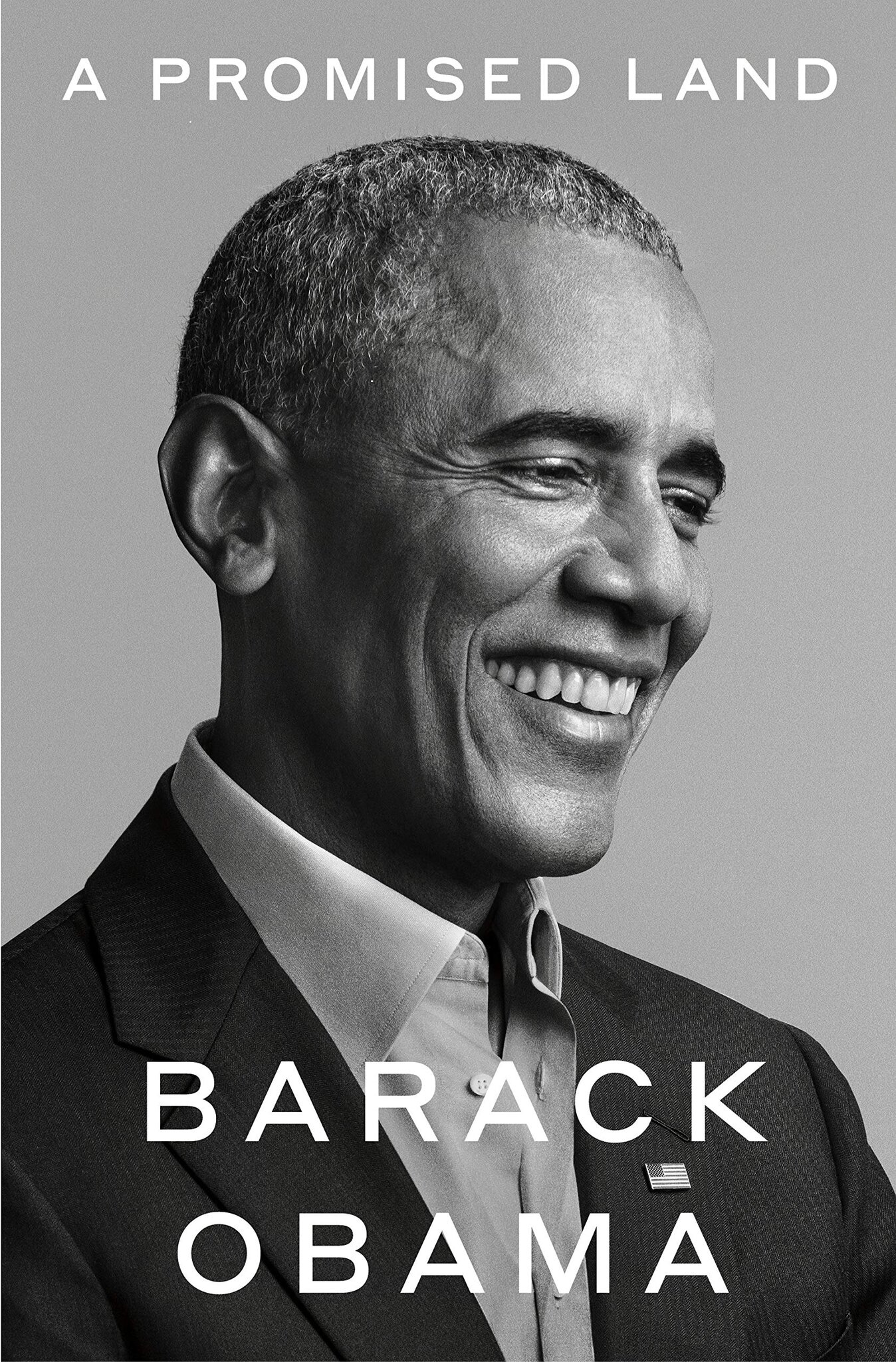 A PROMISED LAND
By Barack Obama

Barack Obama is as fine a writer as they come. It is not merely that this book avoids being ponderous, as might be expected, even forgiven, of a hefty memoir, but that it is nearly always pleasurable to read, sentence by sentence, the prose gorgeous in places, the detail granular and vivid. From Southeast Asia to a forgotten school in South Carolina, he evokes the sense of place with a light but sure hand. This is the first of two volumes, and it starts early in his life, charting his initial political campaigns, and ends with a meeting in Kentucky where he is introduced to the SEAL team involved in the Abbottabad raid that killed Osama bin Laden.

His focus is more political than personal, but when he does write about his family it is with a beauty close to nostalgia. Wriggling Malia into her first ballet tights. Baby Sasha’s laugh as he nibbles her feet. Michelle’s breath slowing as she falls asleep against his shoulder. His mother sucking ice cubes, her glands destroyed by cancer. The narrative is rooted in a storytelling tradition, with the accompanying tropes, as with the depiction of a staffer in his campaign for the Illinois State Senate, “taking a drag from her cigarette and blowing a thin plume of smoke to the ceiling.” The dramatic tension in the story of his gate-crashing, with Hillary Clinton by his side, to force a meeting with China at a climate summit is as enjoyable as noir fiction; no wonder his personal aide Reggie Love tells him afterward that it was some “gangster shit.” His language is unafraid of its own imaginative richness. He is given a cross by a nun with a face as “grooved as a peach pit.” The White House groundskeepers are “the quiet priests of a good and solemn order.” He questions whether his is a “blind ambition wrapped in the gauzy language of service.” There is a romanticism, a current of almost-melancholy in his literary vision. In Oslo, he looks outside to see a crowd of people holding candles, the flames flickering in the dark night, and one senses that this moves him more than the Nobel Peace Prize ceremony itself. Read the full review at The New York Times.