‘I Carry It Within Me.’ Novelist Colson
Whitehead Reminds Us How America’s Racist History Lives On 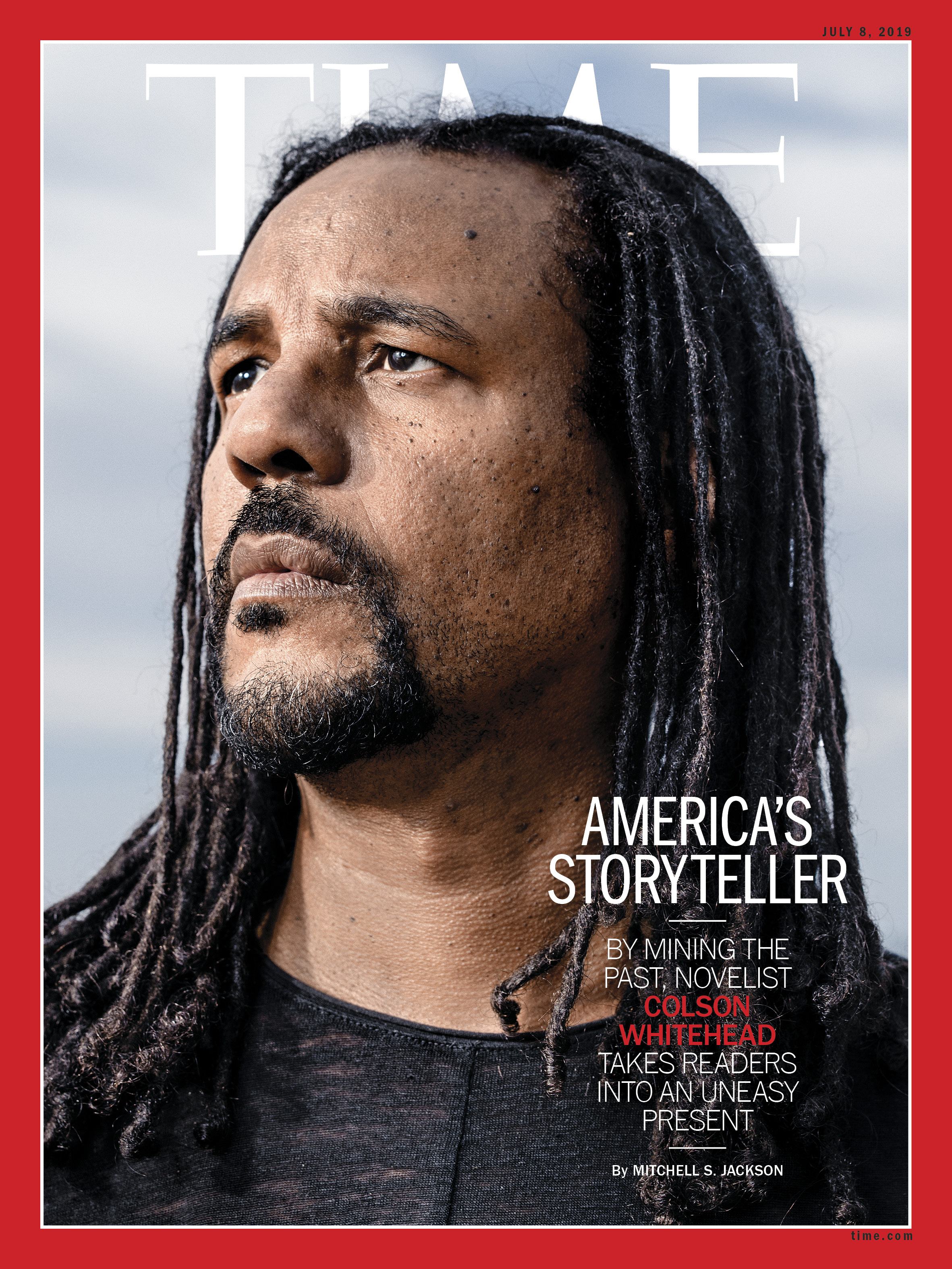 There’s Colson Whitehead up ahead, minutes before our arranged time, dawdling on the corner of 126th Street and Fifth Avenue, dressed in slim jeans and Chelsea boots, his dreadlocks cutting a clean line across his back. I’m content to nurse a half-block distance between us and observe. Whitehead’s walk, by the way, is not what the youngsters would call swaggerific. Swagger is imitative, and the way Whitehead moves evokes less a simulacrum of a strut than it does acceptance of his stature and physiology, most notably that he’s long and lean and a little knock-kneed. He stops on 127th Street, and since I’m a few paces behind him and don’t want him to glance back and peep me trailing, I call his name. He snatches wired headphones out of his ears and reaches out for a handshake — our first. “Nice to meet you,” I say. “I think we’re headed in the same direction.” He smiles, and the sun hits the blue of his glasses. “Yes, I think so,” he says, and in tandem, we mosey the half block it takes to reach our destination: the Langston Hughes House.

Whitehead is on his way to a landmark place in African-American history in more ways than one. Three years ago, he published a novel, The Underground Railroad, that shot him to literary stardom. With it, he became only the second writer of color and sixth writer ever to win both a National Book Award and a Pulitzer Prize for the same novel. The book, which imagines an actual railroad for the transportation of enslaved people in search of freedom, was also an Oprah’s Book Club selection, sold over a million copies and earned the praise of President Obama. Barry Jenkins, the Oscar-winning director of Moonlight and If Beale Street Could Talk, is adapting it into a limited series. Read the full story at Time.

Congratulations to Colson Whitehead, the first author on the cover of Time magazine in ten years. His novel The Nickel Boys was our August 2019 Book of the Month and an immediate addition to our Books in the Bag book club selections.