With Likes, Sarah Shun-lien Bynum makes magic out of the mundane. 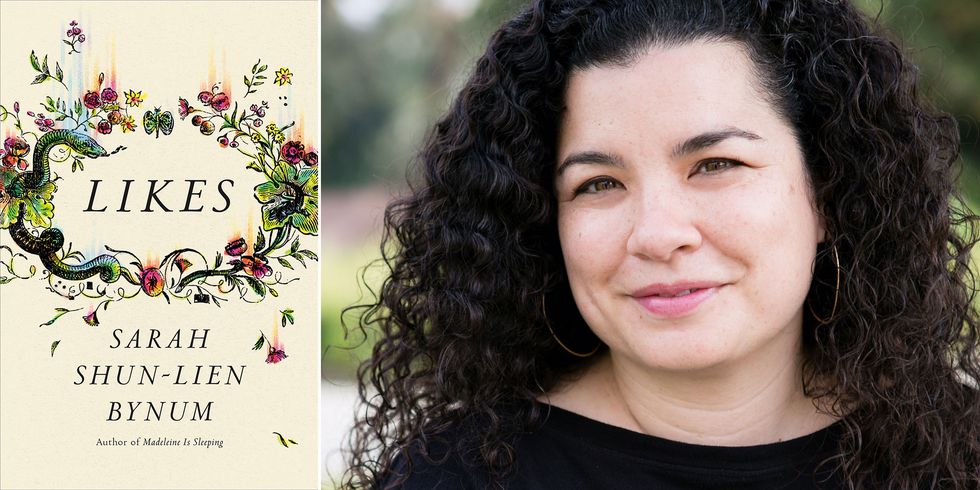 Sarah Shun-lien Bynum is a visionary of the unfamiliar — or more accurately, of the way the unfamiliar can assert itself at the most familiar times. The stories in her third book, Likes, unfold in recognizable homes and communities; they involve women and men, parents and children, as all of them do the dance of domesticity. At the same time, Bynum understands that domesticity, or family, represents its own sort of weirdness, in which adults and children, spouses and neighbors, talk to (or around) one another, across a chasm of insurmountable divides.

“His daughter wasn’t entirely silent in the car,” Bynum writes in the collection’s title story. “She sang along to songs on the radio, songs patchy with blanked-out words that she made a point of mouthing but didn’t say aloud. A billboard might prompt her to ask a question like Why is she drinking out of a paper bag? Sometimes, gazing at her phone, she would let out a low, triumphant hiss. Yesssss! She’d got every answer right on the Kylie Jenner quiz.” Anyone who has driven with an 11-year-old knows exactly what she means.

I don’t mean to suggest that Bynum is a naturalist; her imagination is too capacious to be bound by such a term. Rather, she finds the mystery in minor moments, in the ineluctability of the everyday. Take “The Erlking,” the collection’s opening story: A mother takes her daughter Ondine, who goes by Ruthie, to a carnival. But even though they are together, they remain essentially alone. Bynum highlights this by shifting back and forth between their points of view, giving the story a sneaky sort of depth. For the mother, the event is a reminder of her failure. “[L]ook at what Ruthie is missing,” she laments. “Magic. Nature. Flower wreaths, floating playsilks, an unpolluted, media-free experience of the world.” Ruthie, meanwhile, has become obsessed with a mysterious stranger at the edge of the crowd, a man with long nails and a body made of straw, wearing a cape the color of night. Read the full piece at Alta Online.