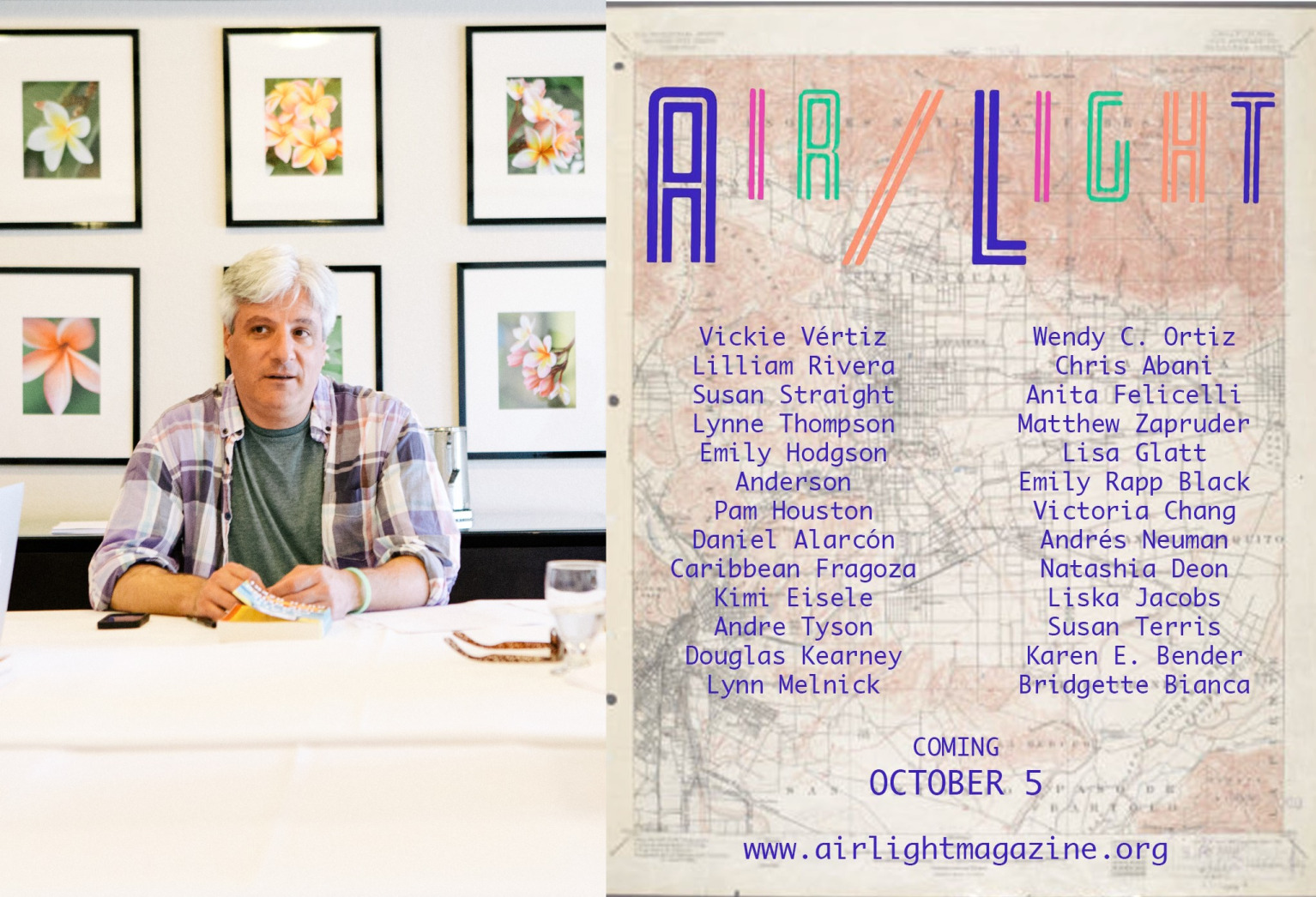 While considering a name for the new literary journal “Air/Light,” editor David Ulin recalled a magazine piece he’d read years ago in which a climatologist described the unusual way that air transforms light in Southern California.

“The way that at various times of day it is both really, really sharp and clear, that almost shadowless light, or it can be really, really diffused like that late afternoon, sort of hazy light.”

In that 1998 New Yorker essay, Lawrence Weschler talked to a California Institute of Technology scientist about the phenomenon and learned it’s the result of ever-shifting particles in our air, something the experts call “airlight.” Read the full story at the Los Angeles Daily News.