Book Clubs and the Blitz: How WWII Britons Kept Calm and Got Reading 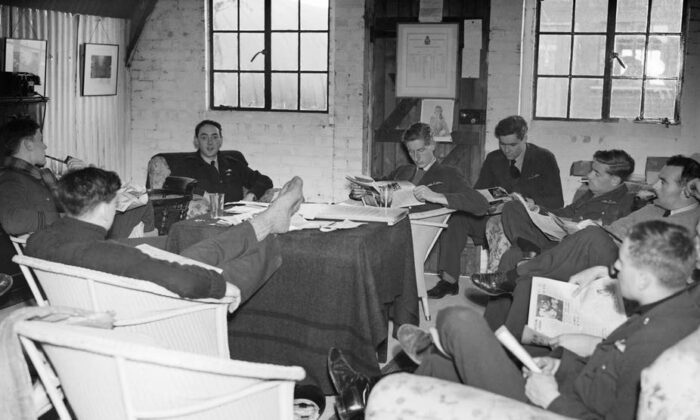 These are unprecedented times – but, even so, comparisons are being made to the World War II in terms of the magnitude of the crisis that coronavirus represents. Some of this rhetoric is unhelpful but, as we bunker down into our homes and the government gets on a war footing, there is little doubt that the challenge to our liberty, leisure time, and sense of well-being is real.

With early reports that book sales are soaring while bookshops and warehouses close down and publishers reassess their lists, what can the reading patterns of an earlier generation tell us about getting through a crisis and staying at home?

The restrictions at the beginning of World War II affected all aspects of day-to-day life. But it was the blackout that topped most people’s list of grievances–above shortages of food and fuel, the evacuation, and lack of news and public services. Households were reprimanded and fined for showing chinks of light through windows, car lights were dimmed, and walking around, even along familiar streets, late at night became treacherous.

With the widespread limitations to free movement, the book trade was quick off the mark. Books were promoted by libraries and book clubs as the very thing to fight boredom and fill blacked-out evenings at home or in shelters with pleasure and forgetfulness. “Books may become more necessary than gas-masks,” the Book Society, Britain’s first celebrity book club, advised. Read the full piece at The Epoch Times.