Imbolo Mbue on the Post-Colonial Greed of the Oil Industry

The Author of How Beautiful We Were Talks to Jane Ciabattari 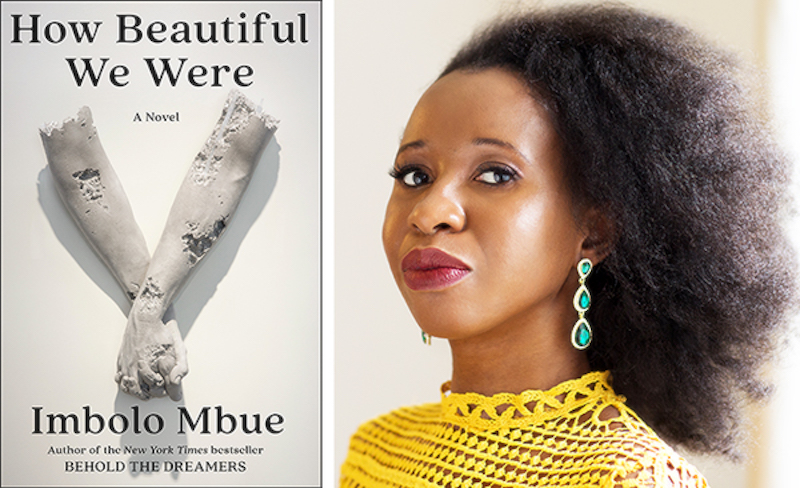 Imbolo Mbue is a gifted storyteller with a keen sense of the human repercussions of social dislocation. Born and raised in Cameroon, she came to the US to study at Rutgers and Columbia. Inspired by the 2008 recession, her first novel, Behold the Dreamers, follows a family who have emigrated from Cameroon to New York and begun an upward trajectory, only to be derailed when the drastic economic downturn hits. Behold the Dreamers won the PEN/Faulkner Award for Fiction, was longlisted for the PEN Open Book Award, and was an Oprah’s Book Club selection. In our bicoastal conversation (she in New York, I in Sonoma County, CA), we discussed inspirations for her new novel, the process through which she crafted it, her upbringing in Cameroon, and how her work has been affected during the cascade of events over the past year.

Jane Ciabattari: You have said you started How Beautiful We Were in 2002, before Behold the Dreamers was published. What was the inspiration? Why did you set it aside? What had changed when you returned to it? How did shifting the point of view — with the focus on a rotating cast of children of the village — change the story?

Imbolo Mbue: I did indeed begin writing the novel in 2002 — it was the very first thing I started writing when I decided to experience what it was like to write. Of course, I didn’t know the first thing about writing a novel but I found the process entirely enjoyable even if my writing itself was a mess. I spent the next nine years writing the story, and didn’t put it aside until I got the inspiration to write something else—what would later become Behold the Dreamers. Read the full interview at LitHub.