The Author of The Swimmers Talks to Jane Ciabattari 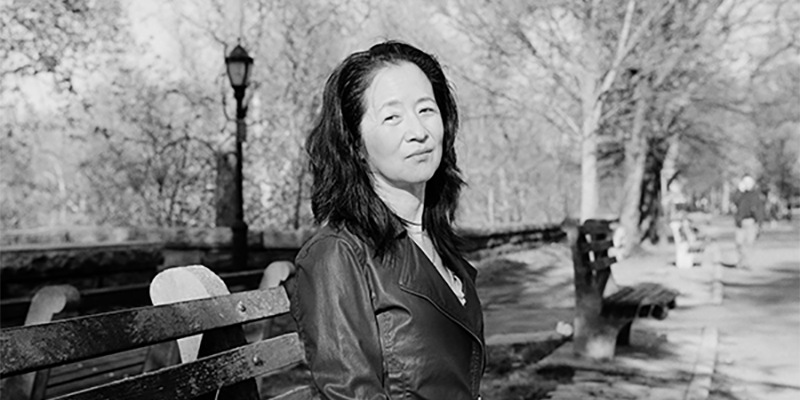 Julie Otsuka has a rare gift for evoking the experience of communities with powerful emotional resonance, while maintaining a strong sense of the individual. Through a frequent use of the first-person plural point of view, she combines the tragic tone of a Greek chorus with the intimacy of a confession.

Her evocative first novel, When the Emperor Was Divine, followed one Berkeley family through the harsh and alienating experience of internment after the December 1941 bombing of Pearl Harbor. (Otsuka drew upon her family background; her grandfather was arrested and interned as a suspected Japanese spy; her mother, uncle and grandmother spent three years at the Topaz, Utah internment camp.)

Her second novel, The Buddha in the Attic, traced the journeys of picture brides who sailed to San Francisco Bay in the early years of the 20th century to marry Japanese men who they only knew through their photographs and self-descriptions. All hoped for a better life; most were doomed to bitter disappointment. Otsuka conjures up the voices of this generation of Japanese American women over a span of decades.

The Swimmers is an equally artful and powerful depiction of a group—in this case, a community of swimmers who swim laps in an underground pool, now faced with the destruction of that vessel of daily ritual. She pairs this with one swimmer’s experience of the gradual forgetting that accompanies dementia, and how it affects her daughter. It’s an exquisitely written novel exploring the routines that bring us joy and comfort, and the grief, loss, and love that encompass a lifetime. Our conversation via email dipped into a few memories of an earlier pre-covid time. Read the full interview at LitHub.