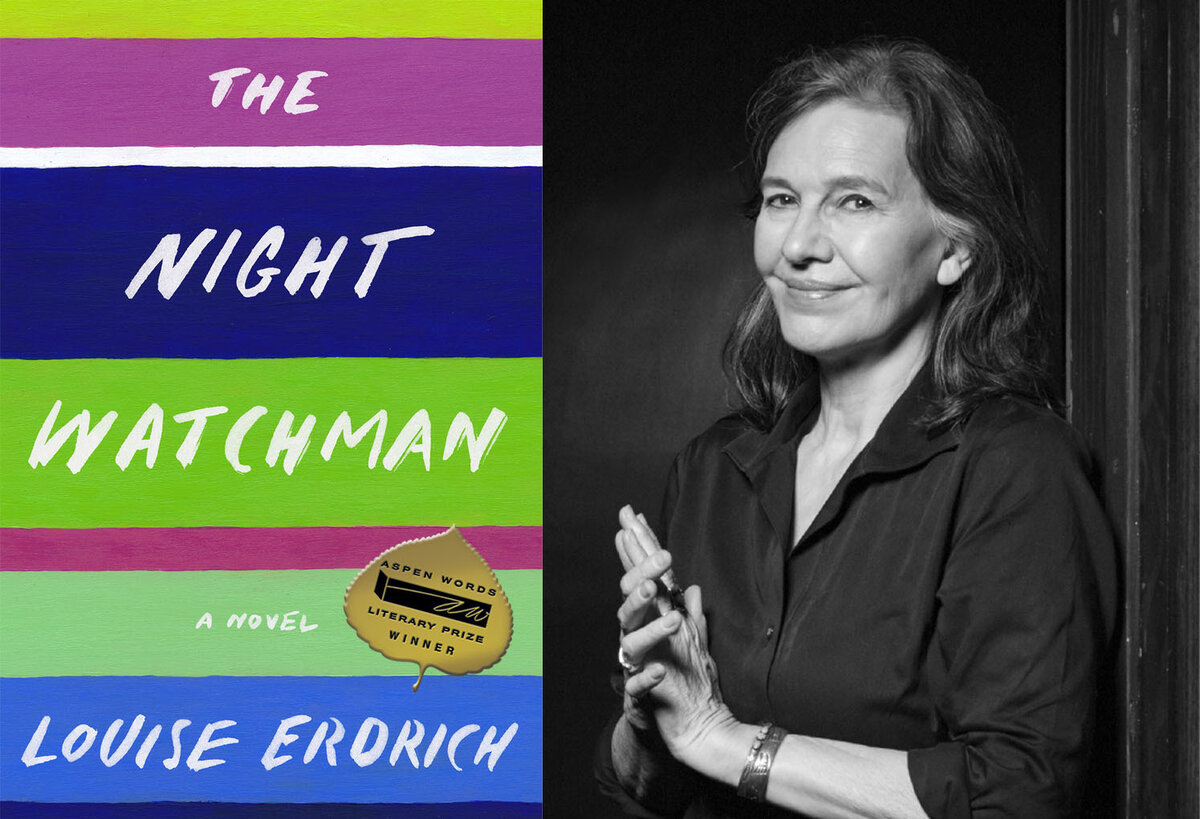 In a virtual ceremony tonight, Louise Erdrich was named the winner of this year’s Aspen Words Literary Prize, for her novel The Night Watchman. The $35,000 prize goes to a work that “illuminates a vital contemporary issue and demonstrates the transformative power of literature on thought and culture.”

The novel, set in the early 1950s, follows a man named Thomas Wazhashk, “named for the muskrat, wazhashk, the lowly, hardworking, water loving rodent.” Thomas works as a night watchman at a North Dakota factory, but he’s also a Chippewa tribal elder at a time when the federal government is trying to break its treaties with Native American tribes and end their rights to their traditional lands — a process known as termination.

“Termination was a way to finally resolve the — what Congress thought of as the Indian problem, and that would be to move everyone off reservation land because it wouldn’t be reservation land anymore, turn over their land, sell their land, move everyone to cities,” Erdrich told Fresh Air’s Dave Davies last year. “And the most important part in doing that was to abrogate all treaties. And these treaties had been made since the beginning of our country on a nation-to-nation basis with every tribe. And they all contain these words, as long as the grass grows, as long as the rivers flow.” Read the full story at NPR.