Meg Wolitzer’s ‘The Wife’ Brings in a Golden Globe! 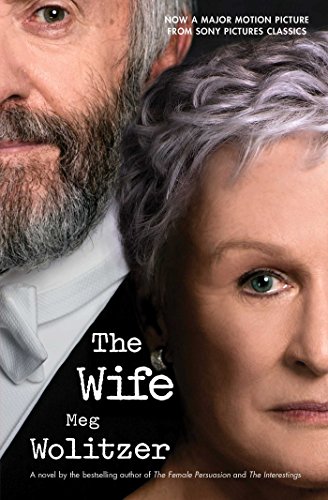 In a typically crowded field of contenders for Best Actress, Lady Gaga has been a favorite throughout the season, for her turn in A Star is Born. But tonight at the Golden Globes—one of many Oscar precursors—Glenn Close stole the show. A six-time Oscar nominee, Close was recognized as Best Actress in a Motion Picture, Drama, for her role in The Wife, an adaptation of Meg Wolitzer’s novel of the same name. In the film from Björn Rung, she plays a woman questioning the choices she’s made in her life, and so appropriately, as the actress took to the stage, she reflected on her own. “When I was little, I felt like Muhammad Ali, who was destined to be a boxer. I felt destined to be an actress, and here I am today,” she said. ” I will have been 45 years, in September, a working actress, and I cannot imagine a more wonderful life.” Read the full story at Deadline.

Congratulations to Meg Wolitzer! The Book Club favorite will be joining us at our Literary Escape at Miraval Arizona event. See all of the event details here.