The Siblings in This Book Loathe Each Other, and It’s So Refreshing 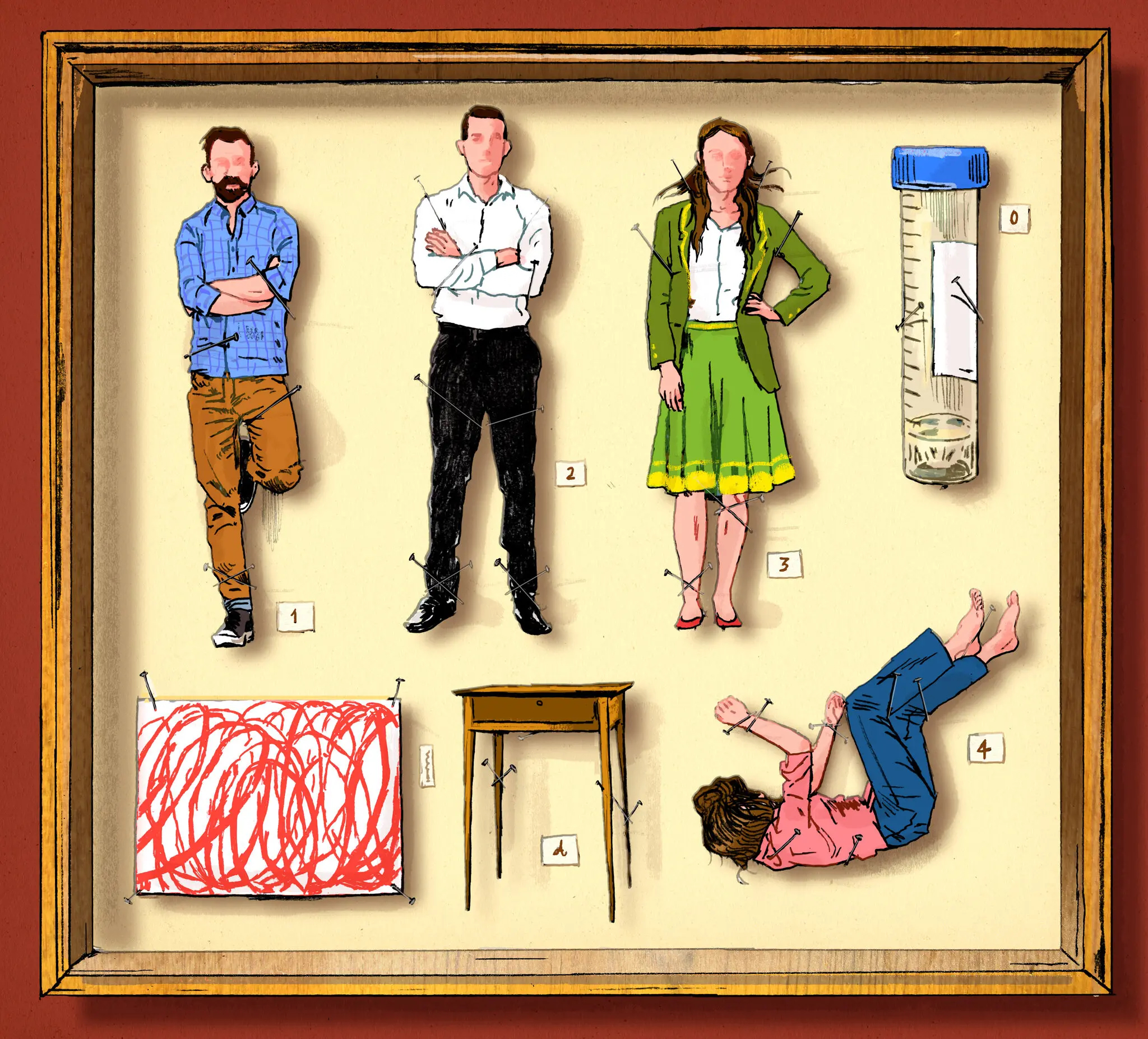 THE LATECOMER, by Jean Hanff Korelitz

Test tubes adorn the cover of “The Latecomer,” glassware signifying the in vitro origins of Jean Hanff Korelitz’s protagonists, the Oppenheimer triplets, Harrison, Lewyn and Sally. Our gifted narrator, who shall remain nameless so as not to spoil a wonderful twist, introduces us to these three, starting before conception — and explores their family tree (roots to branches). The result is a sparkling novel that is in essence satirical and wise, in style old and new.

The Oppenheimers are a Jewish American success story. They live in a house on the Brooklyn Esplanade purchased in 1979; they summer on Martha’s Vineyard. The father, Salo, runs the family investment firm, Wurttemberg Holdings. His wife, Joanna, is tenderhearted and self-sacrificing, “a many-tentacled creature, staying on top of vaccinations and tutoring,” vet appointments and care of her parents and in-laws.

Secular, assimilated and rich, the family inhabits a social world as exclusive in its way as that described by Edith Wharton — but the Jews whom Wharton considered arrivistes have now arrived. The Oppenheimers fully inhabit New York City, and Korelitz proves herself a worthy successor to her sharp-eyed forebear. She is incisive as she probes Salo’s view of his marriage: “The fact that they didn’t crowd each other or push their way into each other’s daily affairs, that was a good thing. Wasn’t it?” Pitch perfect in her birth announcement: “Thanks to our wonderful ‘team’ … and of course our fabulous Gestational Carrier.” Hilarious as she describes the fictional Walden School of Brooklyn Heights, “where a frankly socialist ethos stood in bald contrast to soaring tuition.”

If this novel is funny, it is also cutting, a nearly forensic study of family conflict. Husband and wife are at odds; children pull away not only from their parents but from one another. Nimbly, Korelitz juggles the stories of each parent and child, weaving a tapestry of secrets, antipathies and private quests. This is a book with 19th-century scope, touching on politics, race, class, inheritance and real estate. Old-school headings alert the reader to events to come — for instance, we arrive at Chapter 10, “In which Lewyn Oppenheimer hears an epic and unsettling story.” But the chapter titles provide sly postmodern commentary as well: Behold Chapter 25, “In which plans are made for an earlier departure, and either a farce or a revenge tragedy reaches its inevitable conclusion.” Read the full review at the New York Times.