NY Times on the Prescience of ‘White Noise’ 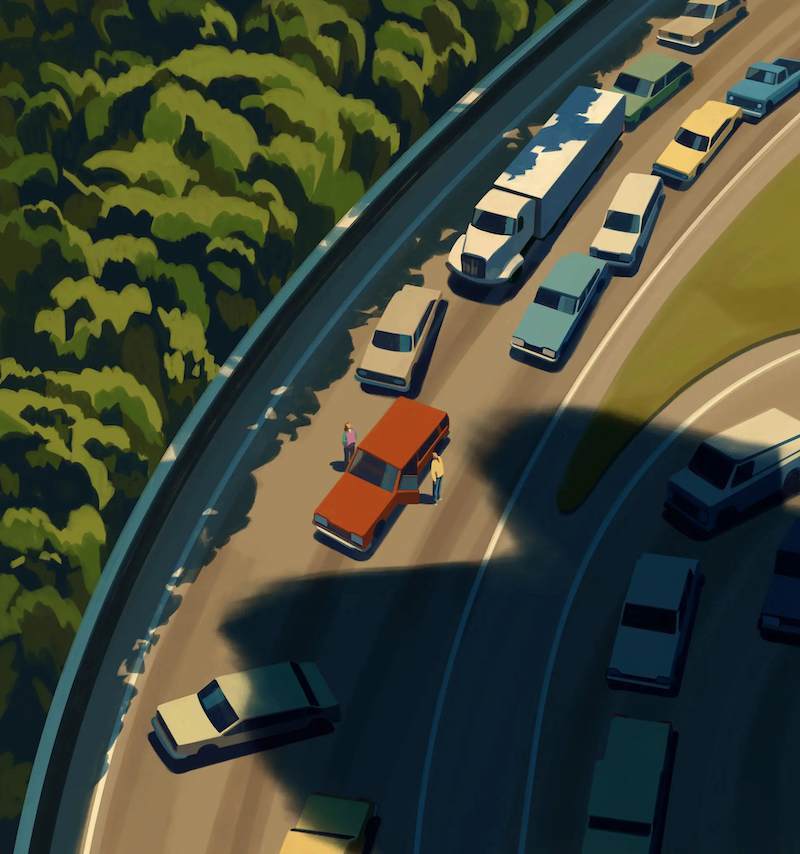 Noah Baumbach’s funny and very stylish film adaptation of “White Noise” is a great invitation to return to the source material, Don DeLillo’s novel from almost 40 years ago. When I reread it, I was struck by how hilarious it still is, how accurate to its moment (what in an interview DeLillo called “the particular skin of the late 20th century”) and yet, like all great books, how it also speaks to this moment; the same absurdities and ironies still apply.

“White Noise” is a high comic novel about death, or about fear of death. “White Noise” is a campus novel, “White Noise” is a family romance, “White Noise” is proto-cli-fi, with man-made environmental contaminations. “White Noise” is a critique of corporate capitalism, from branding to malevolent pharmaceutical products. But above all, “White Noise” is about language: the specific language of America in 1985, but also the perpetual way that language is a complicated human gift, an avenue for answering back to the terrible terms (death) of our existence, but also an apparatus that can be deployed to obscure and overwhelm reality. “White Noise” doesn’t have the historical reach of DeLillo’s books “Underworld” or “Libra,” or the international gravitas of “The Names,” all extraordinary novels. It has instead powerful constraints of time, place and people: one academic year in one place, a small, prosperous American college town, and one middle-class white family, both ordinary and not.

“White Noise” is often reductively described as a satire of American consumer culture. And while of course it is satirical, I would argue that it is more deeply alchemic. When DeLillo notices and listens to the world, he arranges its “codes and messages” and transforms chaotic overload into forms that give us meaning and beauty. He takes the common language of the time, such as brand names (“Panasonic”), talk radio, TV voices, advertising, tabloids, bureaucracy (“state-created terminology”), and displaces them or invents his own versions of them so that we can see and hear them. Although writers have long appropriated advertising language to convey the experience of modernity (e.g. Joyce inserting the tagline for Plumtree’s Potted Meat throughout “Ulysses”), DeLillo takes this language to an uncanny, almost mystical level. He uses cadence, patterns, density. Startling insertions and juxtapositions. Spaced out in the novel, often in its own paragraph apropos of nothing before it, we get lines of three brand names separated by commas: “Dacron, Orlon, Lycra Spandex,” “Mastercard, Visa, American Express,” “Tegrin, Denorex, Selsun Blue.” The pattern is constructed, artful. One notices the rhythm, the beats, the pleasing feel in the mouth. Names dislocated from their usual places, set in a novel, made into poetry.

He frequently interrupts the action with lines (either found or invented) from TV and radio. He even uses speech tags: “I heard the TV say: ‘Let’s sit half lotus and think about our spines.’” And: “The TV said: ‘This creature has developed a complicated stomach in keeping with its leafy diet.’” Such insertions of random language occur all the time in real life, yet we absorb and don’t notice them. But of course, these aren’t random when we read them in “White Noise.” They are chosen, arranged, invented for us to laugh at but also to listen closely to. Read the full piece at the New York Times.