Julie Otsuka Dives Into the Underground World of the Community Pool 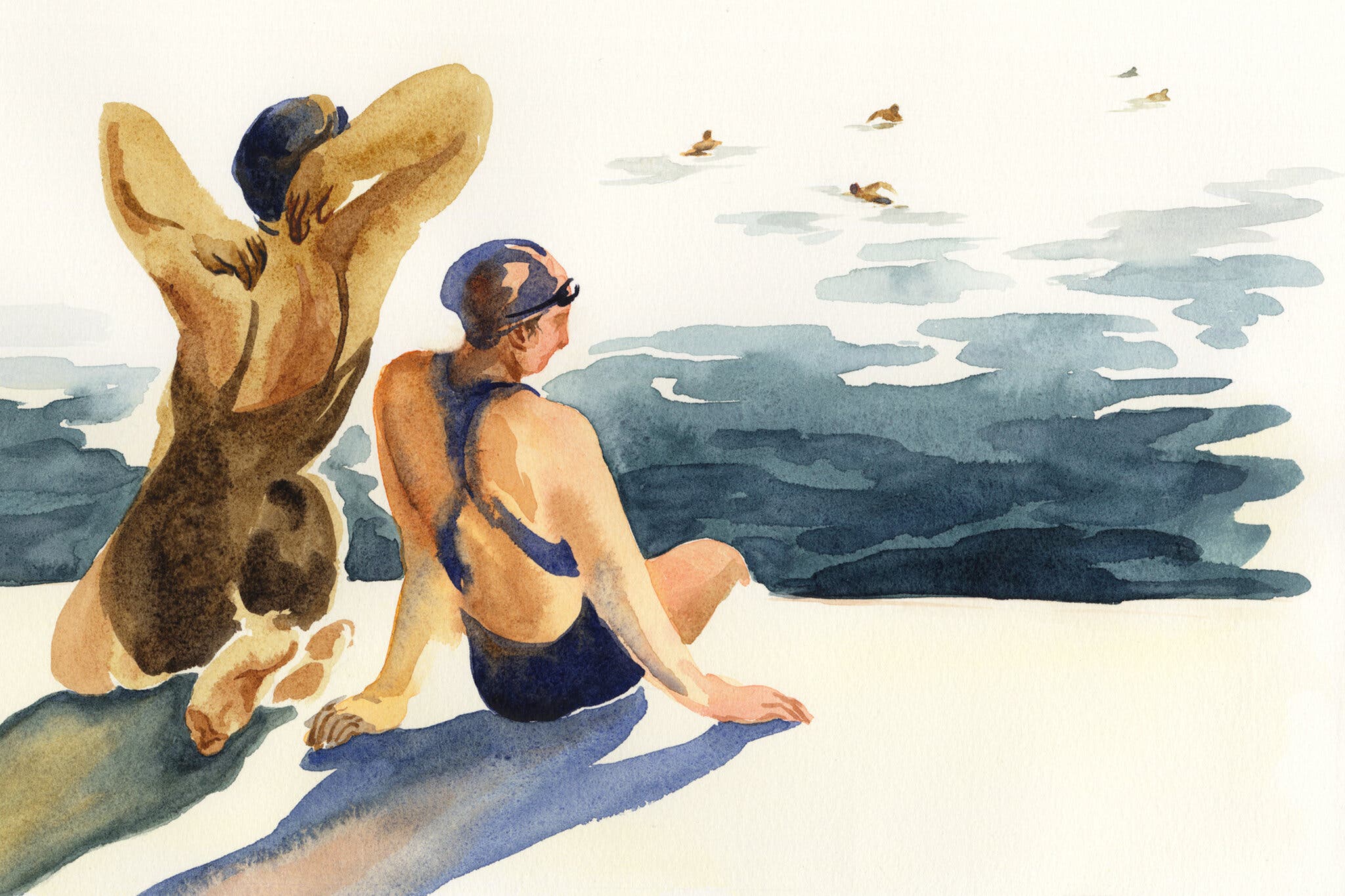 THE SWIMMERS
By Julie Otsuka

I began swimming in earnest last August at a local Y.M.C.A., enrolling in a monthlong adult swim class with a couple of women in their 70s. I knew the basics — how not to die — but wanted to learn to swim laps. And so I began, poorly. Twice a week, I now visit my local pool. I wave hello to fellow swimmers in the same time slot: the guy with the pool noodle, the woman who swims half-laps in a tank top. In a period marked by hamster-wheel-like habits, swimming has become my latest. Unlike the privacy of other routines — writing, for example — swimming is done publicly. It is a distinctly visible practice: You are witnessed in your captivity and repetition, at the same time as you witness others in theirs.

Julie Otsuka’s slim third novel, “The Swimmers,” begins, like her award-winning previous book, “The Buddha in the Attic,” in the first-person-plural perspective. Here she narrates from the collective point of view of the avid swimmers who frequent an underground community pool. Together the swimmers are a bickering Greek chorus — an idiosyncratic cast united in their near-religiosity when it comes to the pool. Many appear maladapted to land: “There are those who would call our devotion to the pool excessive, if not pathological,” our narrators tell us. Most swimmers are identified from the polite distance of another pool mate: “Lane 3 breaststroker Mark,” “sidestroker Sydney.” When, on occasion, the narration slips into second person, the book’s protagonist sharpens into focus: “You wake up one day and you can’t even remember your own name (It’s Alice). But until that day comes you keep your eyes focused on that painted black line on the bottom of your lane and you do what you must: You swim on.”

The swimmers’ idyll breaks when a mysterious crack appears at the bottom of their beloved pool. Here the tone shifts to the formality of a news report. Experts, the only characters given full names, attempt to explain the crack’s provenance. “‘This thing is unprecedented,’ says Brendan Patel, professor of structural engineering at the polytechnic across town. U.S. Geological Survey scientist Christine Wilcox says it’s possible that the crack is the result of an underground microtremor too weak to be detected by local seismic monitors.” Brief quotes give the text the veneer of nonfiction, and keep the narrative at arm’s length, rather than pull you close as fiction often attempts to.

The crack becomes cracks. The swimmers grow increasingly anxious. The fractures are personified, imagined from all sides, described by our chorus both poetically (there is speculation that “the crack opens up onto a second and deeper world that lies just beneath the surface of ours. An alternate and perhaps truer world with its own underground pool filled with faster, more attractive people in less-stretched-out suits who nail their flip turns every time”) and neurotically: Some swear the newer cracks “are thicker than their predecessors, with darker middles and less uniform edges, while others look strangely bloated (although of course, we remind ourselves, they are underwater).” Read the full review at the New York Times.