The stories in Samanta Schweblin’s “Seven Empty Houses,” a finalist for the National Book Award in translated literature, tear down the delicate scaffolding of home. 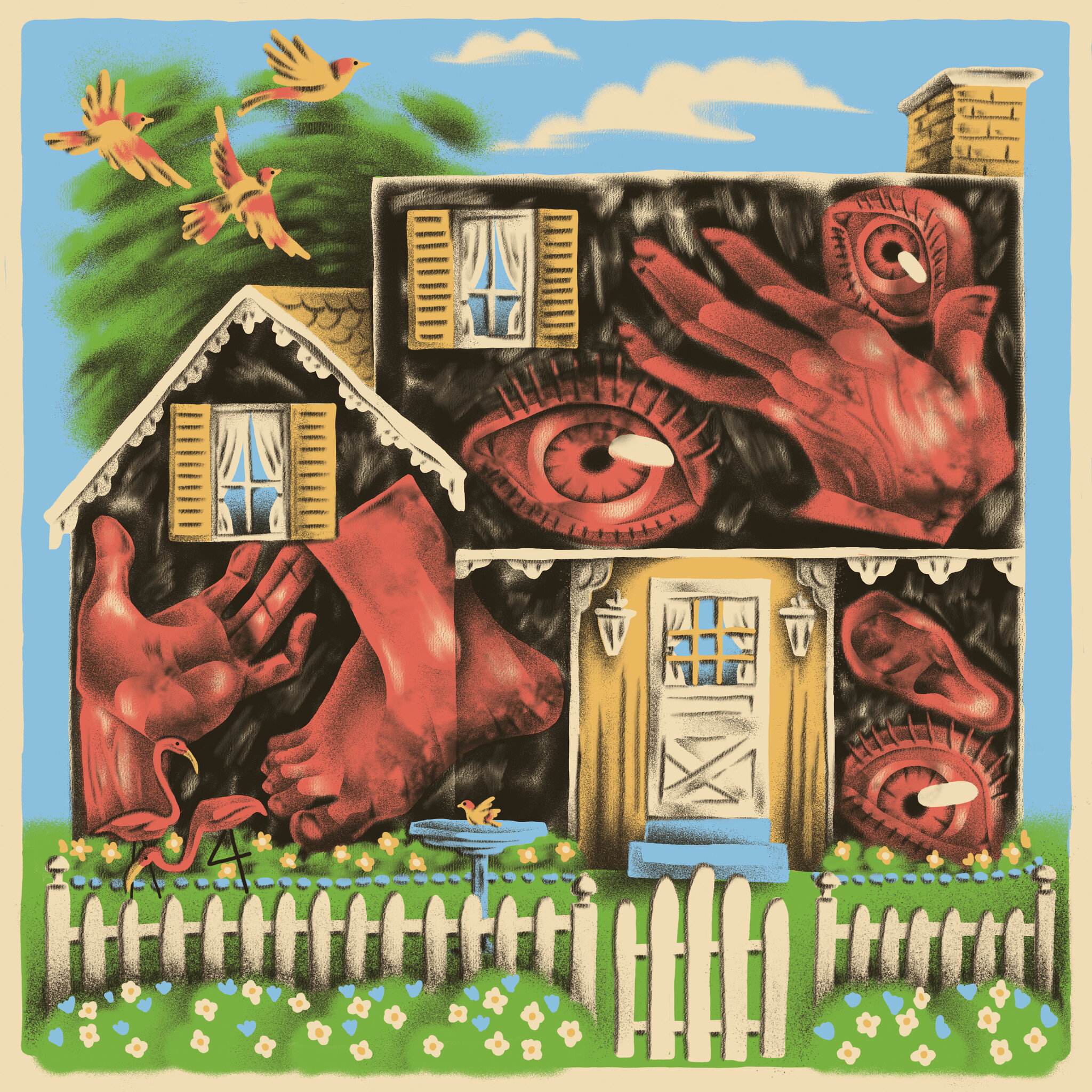 Rejoice! Just when we’re settling into fall, all cozy on the couch with a Netflix show queued up, a new short story collection from Samanta Schweblin is here to spit in your pumpkin spiced latte and drag its nails down the wall. “Seven Empty Houses,” first published in Spanish in 2015 and now translated into English by Megan McDowell, takes aim at the place we feel safest: home. Darker and more tinged with terror than her breakthrough novel, “Fever Dream,” this is Schweblin at her sharpest and most ferocious.

Arranged as peepholes into the private lives of others, each of these seven stories centers on a domestic dwelling, exploring how the things that constitute our most intimate spaces are relational and interconnected, and therefore in many ways the most unstable. There are absences on many levels: Characters disappear and reappear; most are unnamed. What remains are our labels, those signifiers that connect us to others and give us a sense of identity. There are mothers and daughters, fathers and sons, wives, in-laws, sisters and husbands. These roles give Schweblin room to play with expectations and taboos. In “An Unlucky Man,” an unnamed male stranger leads a little girl away from her parents in a hospital waiting room, with the promise of buying her a pair of underwear. In “My Parents and My Children,” a man’s family members are frolicking around nude when they go missing. A police officer asks, “Are you telling me that there are children and adults naked and together?” Schweblin is never explicit. Any implied creepiness is a product of the reader’s own imagination. In other words, the phone call is coming from inside the house.

In more than one story parents are tasked with boxing up or throwing away their dead children’s clothes. Indeed, there are boxes of things in storage, in garages, in laundry rooms. The juxtaposition of this clutter with Schweblin’s minimalist approach to storytelling creates a disquieting unease. “They carried their things in bags, in purses, under an arm, hanging from their hands, resting on the ground between their feet,” the nameless narrator of “Forty Centimeters Squared” observes as she sits at a bus stop. “They were there to care for their things, and in exchange those things sustained them.”

Schweblin challenges the reader’s sanity by showing her characters’ — and thus our — reliance on the material world for their very survival. Our homes are an extension of us. Remove certain pieces or shift any of the parts and in essence our reality changes. “The important things would always stay inside the house,” an elderly woman in “Breath From the Depths” reasons as she boxes up her belongings in an effort to prepare for death. The longest and most disturbing in the collection, this story takes a turn from agitating the quiet anxieties that lurk in domestic corners, to toeing the line of horror. As Lola’s mind begins to deteriorate, Schweblin makes clear that madness is subjective. As she becomes more forgetful, Lola leaves notes for herself around the house. “It was her handwriting,” Schweblin writes. “She heard a rough, ghostly sound, her body trembling, and she recognized it as her own breathing.” Read the full review at the New York Times.