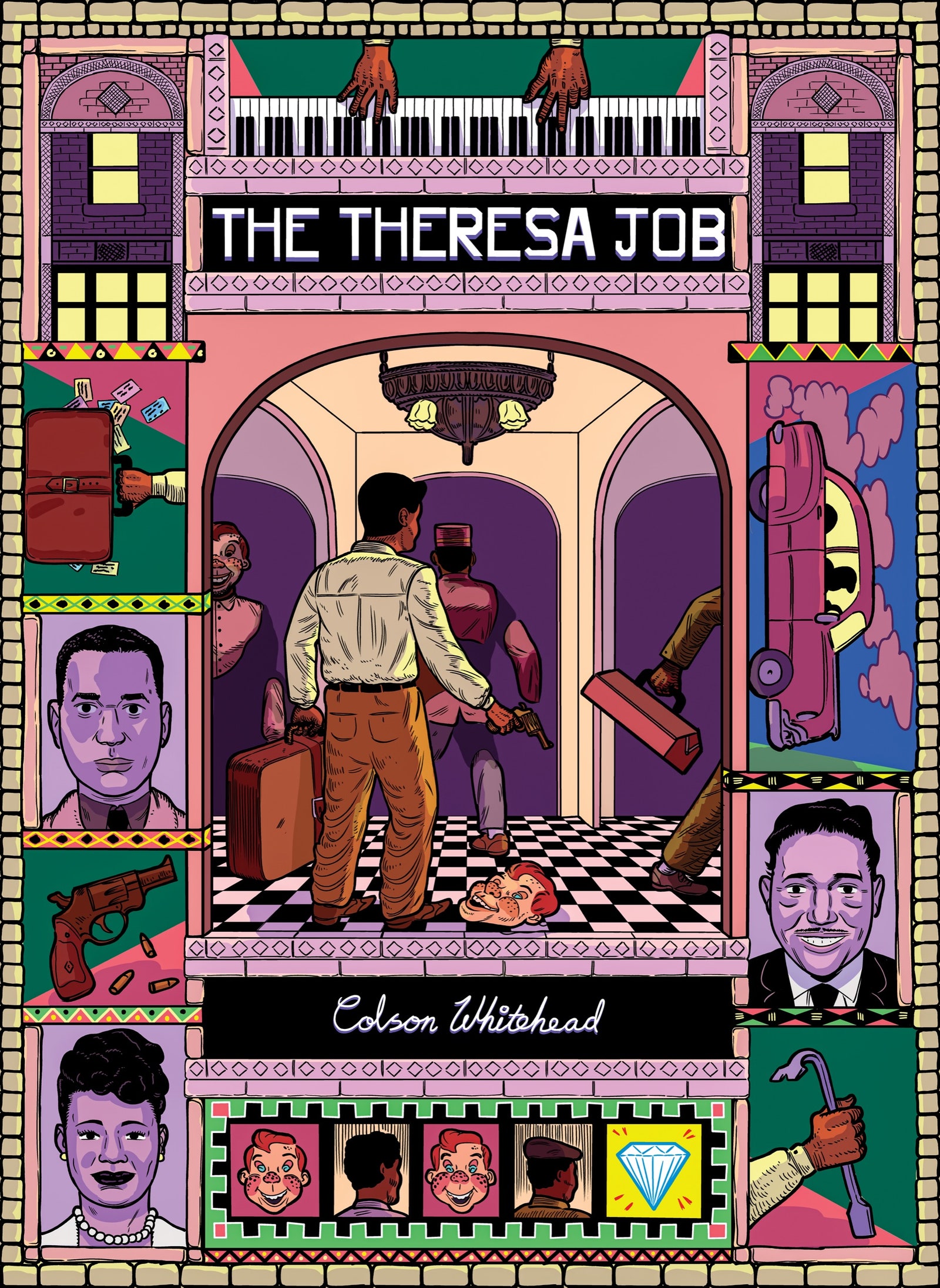 Carney took the long way to Nightbirds. This first hot spell of the year was a rehearsal for the summer to come. Everyone a bit rusty, but it was coming back — they took their places. On the corner, two white cops re-capped the fire hydrant, cursing. Kids had been running in and out of the spray for days. Threadbare blankets lined fire escapes. The stoops bustled with men in undershirts drinking beer and jiving over the noise from transistor radios, the d.j.s piping up between songs like friends with bad advice. Anything to delay the return to sweltering rooms, the busted sinks and clotted flypaper, the accumulated reminders of your place in the order. Unseen on the rooftops, the denizens of tar beaches pointed to the lights of bridges and planes.

The atmosphere in Nightbirds was ever five minutes after a big argument with no one telling you what it had been about or who’d won. Everyone in their neutral corners replaying K.O.s and low blows and devising too late parries, glancing around and kneading grudges in their fists. In its heyday, the joint had been a warehouse of mealy human commerce — some species of hustler at that table, his boss at the next, marks minnowing between. Closing time meant secrets kept. Whenever Carney looked over his shoulder, he frowned at the grubby pageant. Rheingold beer on tap, Rheingold neon on the walls — the brewery had been trying to reach the Negro market. The cracks in the red vinyl upholstery of the old banquettes were stiff and sharp enough to cut skin.

Less dodgy with the change in management, Carney had to allow. In the old days, broken men had hunched over the phone, hangdog, waiting for the ring that would change their luck. But, last year, the new owner, Bert, had had the number on the pay phone changed, undermining a host of shady deals and alibis. He also put in a new overhead fan and kicked out the hookers. The pimps were O.K. — they were good tippers. He removed the dartboard, this last renovation an inscrutable one until Bert explained that his uncle “had his eye put out in the Army.” He hung a picture of Martin Luther King, Jr., in its place, a grimy halo describing the outline of the former occupant. Read the full short story at the New Yorker.