A short story by Hernan Diaz 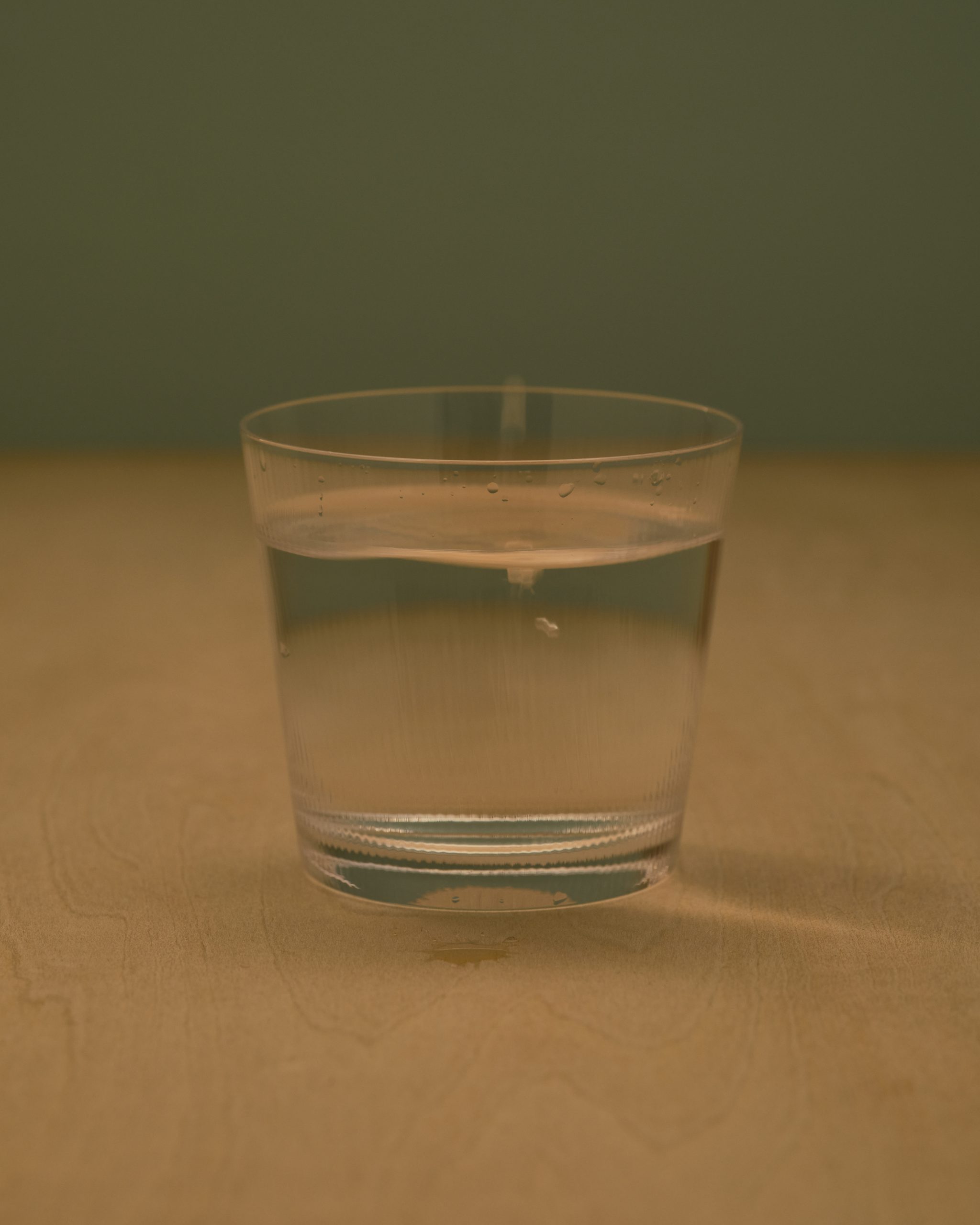 We’re gathered around Victor’s body. I can’t look at his face and don’t want to look down like the others. Find myself staring at the glass of water on the counter. The nervous little ripples. This is why I know the hum is there, although I can’t hear it. None of us has ever heard the hum, because we were born into it. But the surface of the water, a crumb dancing on the table, or, sometimes, my face trembling in the mirror reminds me of it. Even if I plug my ears or listen to music, the hum is in my body. From the floor and the walls to my skin and my bones. So I look at the rippling water and think that with Victor, we’ve lost silence. It was only in his head, of course. A memory. But now we don’t even have that. Now there’s only the hum.

When all lights are out, darkness is total and loneliness absolute. An infinite cage. That’s why they’re seldom turned off. And that’s why we all giggled with relief when Victor came in, holding the cake in one hand and a small flashlight in the other. It was pointed at the ceiling, like a candle. Everyone started to sing. As Victor walked toward me, the light under his chin magnified different parts of his face with each step. The blood vessels glowing in his nostrils. The confusion of his white beard. During the last “happy,” the entire cavern of his mouth was lit. One of his molars was blue. Who knows what he’d recast to make it. I closed my eyes, made a wish, and blew on the flashlight, which Victor switched off just in time. They all cheered. The lights were immediately turned back on. Read the full short story at the Atlantic.