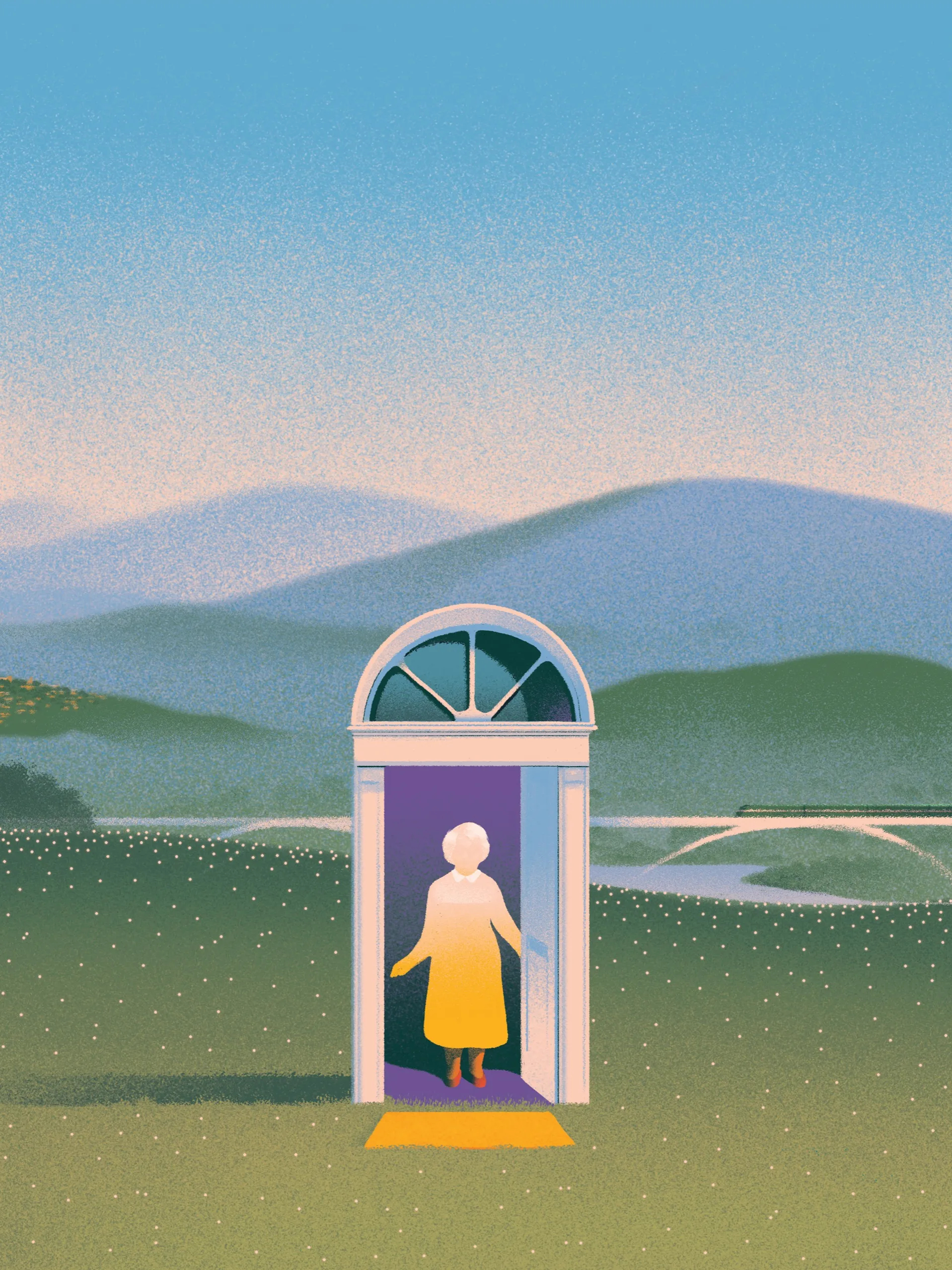 The last time I saw my mother at her home, it was July, a Sunday. I travelled there by train. At Motteville, we sat in the station for a long time. It was hot. It was quiet, both in the compartment and outside. I looked out the open window; the platform was empty. On the other side of the S.N.C.F. railroad barriers, the tall grass almost touched the lowest branches of the apple trees. It was then that I could really feel that I was approaching C. and that I was going to see my mother. The train continued on to C. at a reduced speed.

Leaving the station, I thought I recognized various faces, without being able to put a name to any of them. Perhaps I had never known the names. It was less hot, thanks to the wind. It’s always windy in C. Everyone, including my mother, believes that it’s colder in C. than in other places, even those just five kilometres away.

I didn’t take the taxi that was parked in front of the railway hotel, as I would have anywhere else. As soon as I’m in C., I go back to my old ways: a taxi is for communions, weddings, and burials. There’s no reason to spend money like that. I headed up Rue Carnot, to the town center. At the first pâtisserie, I bought cakes, éclairs, and apple tarts—the kind she used to tell me to bring home after midday Mass. I bought some flowers, too, gladioli, which last a long time. Until I got to the housing complex where she lives, I didn’t think anything besides, I’m going to see her again and She’s waiting for me.

I knocked on the narrow door of her ground-floor studio apartment. She called out, “Yes. Come in!”

“You should lock the door!”

“I knew it was you. There’s no one else it could have been.”

She was apronless, with lipstick on, laughing, standing by the table. She put her hand on my shoulder, tilting her face up for me to kiss. At the same time, she was firing off questions about my trip, the children, the dog. She didn’t answer mine. Afraid of being boring, always, when speaking of herself. Later, she repeated, as usual, “I’m fine here. Couldn’t be better” and “I have no complaints.” The TV was on without sound, just the test pattern on the screen.

She took the gladioli, a little uneasy, and thanked me with an artificial tone to her voice. I had forgotten: my giving her flowers from a florist had always seemed like an affectation to her, too formal; it hurt her feelings. It was as if I were fussing over her as I would over a stranger, not family. The cakes pleased her, but she had already bought some for us on her way back from Mass. Read the full short story at the New Yorker.