Ruth Negga On Her “Passing” Performance 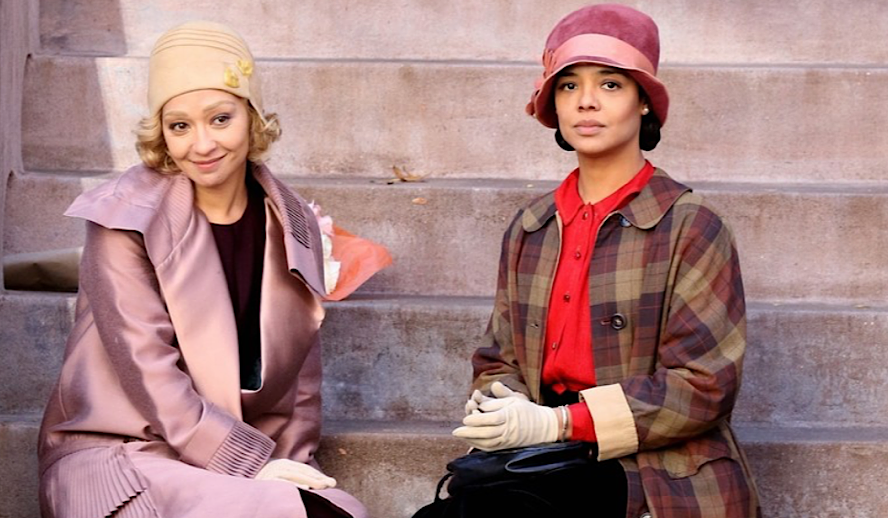 Filming wrapped on Passing long ago, but Ruth Negga is still haunted by her character, Clare: “I’ve played her, and she’s stuck in celluloid, and I’m thinking, ‘God, I’m not really sure,'” the actress admits to EW as she reflects throughout an interview on Clare’s choices and motivations. “I’m actually using you to figure out who she is!”

Negga’s performance as the complex, “confounding” woman is sure to stick with viewers just as long. An adaptation of Nella Larsen’s 1929 Harlem Renaissance novel, Passing stars Negga and Tessa Thompson as two women in 1920s New York, childhood friends who meet again after years apart. Thompson’s Irene lives in Harlem with her husband, who is also Black, and their two sons; Clare, who has passed for white throughout her adult life (and whose white husband is ignorant of her background), is thrilled for the chance to spend time with Irene and join a community that she gave up, dangerous though it may be for her to switch between these different visions of her life.

Rebecca Hall makes her directorial and screenwriting debut on the delicate adaptation, which will premiere this weekend as part of the Sundance Film Festival (which is going digital for 2021). “I felt like she was a sculptress of this film,” Negga says of the actress-turned-filmmaker, for whom Larsen’s novel was deeply personal, relating to her own family history. “She knew what she wanted for every single shot. She knew the tone, she knew the timbre, she’s very vivid in her vision,” Negga continues. “She has the ability to transmit truth in a way that it’s so elegant and really rare. For her, I think everything is about truth, everything.” Read the full piece at EW.