Our Country Friends is a novel about whether the creative class has become irrelevant. 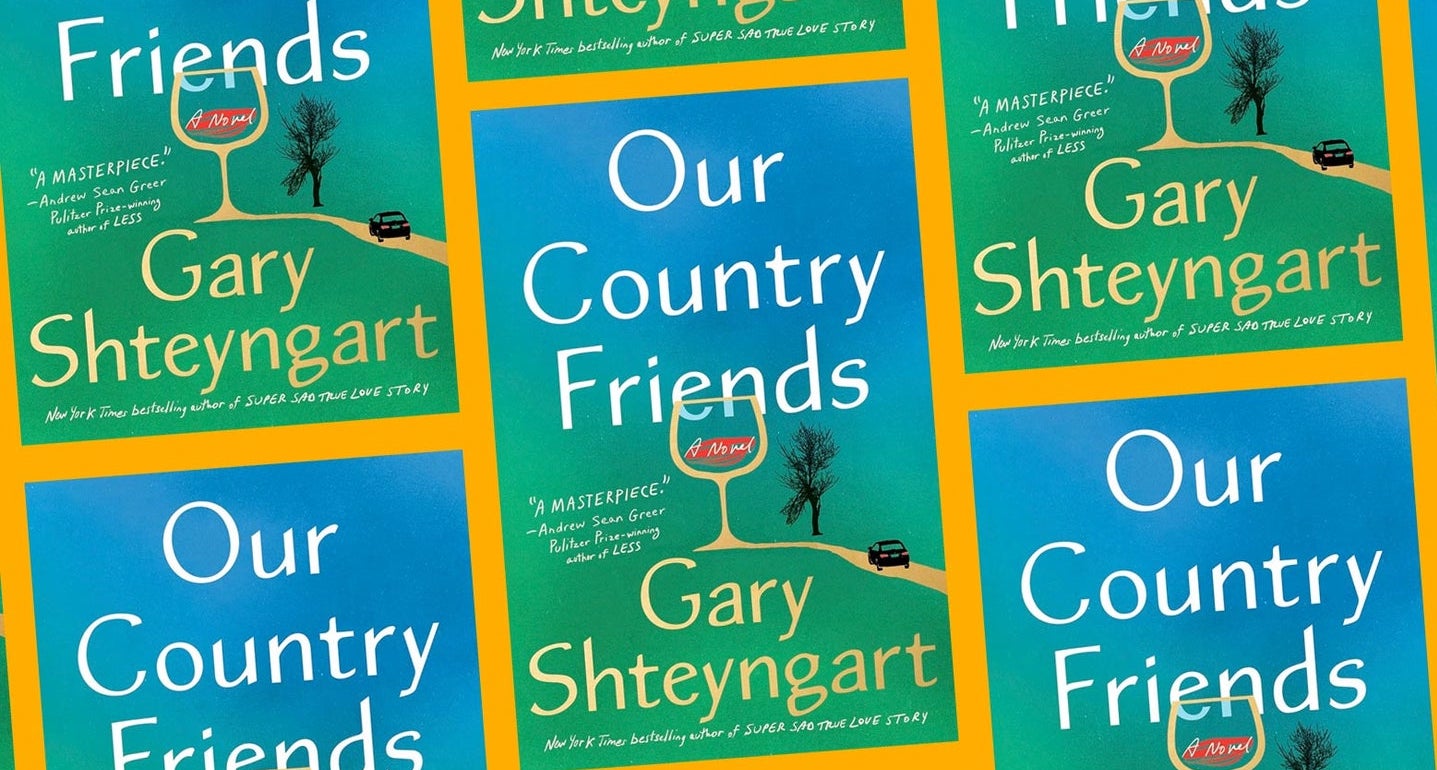 When members of the creative class (the ones who could afford it, at least) fled from their customary urban habitats to the safety of rural retreats last year, the literary reference that seemed to come to nearly everyone’s mind was Boccaccio’s The Decameron, a collection of tales traded by characters waiting out the Black Death in a Tuscan villa. But the novelist Gary Shteyngart, born in St. Petersburg, Russia, found a much richer vein to mine: the plays of Anton Chekhov, particularly Uncle Vanya, the apparent inspiration for his fifth novel, Our Country Friends. A handful of characters cooped up together in a rundown country estate, complaining about cold samovars and unfulfilled dreams, falling in love and drinking too much and confronting one another over ancient betrayals: This was Chekhov’s dramatic element, but who knew it could also be Shteyngart’s? His novels have always leaned more toward mobile, antic satire, sharp but often broad, and typically at the expense of a Shteyngartian protagonist, a striving schlemiel pelted by setbacks in pursuit of some variation on the American dream, even if he has to go overseas to get it. The low-key, reflective, intimate fiction that was Chekhov’s forte? Not so much. Read the full review at Slate.