Her Story: A Century of Women Writers 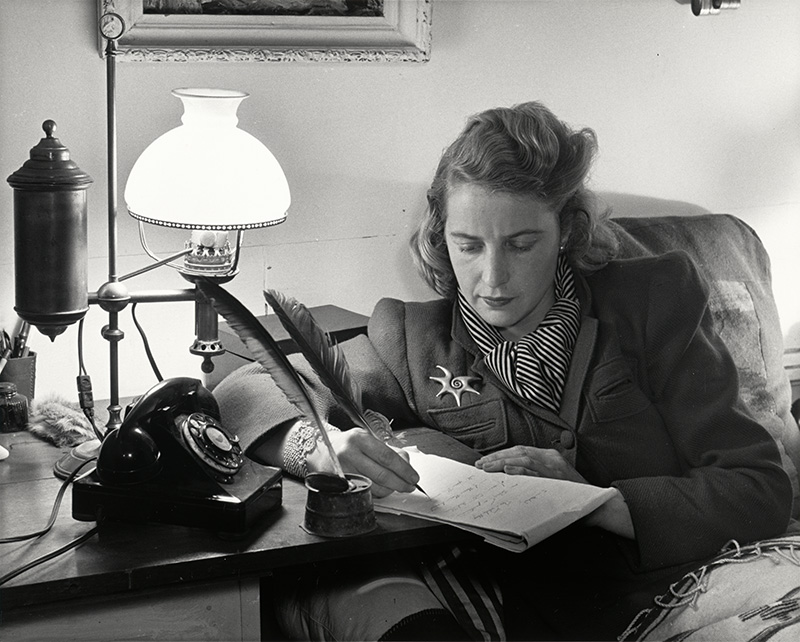 As the nation commemorates the centennial of the ratification of the Nineteenth Amendment in 1920, Her Story: A Century of Women Writers celebrates some of the country’s most influential authors. Represented here are twenty-four women from diverse backgrounds whose books have become classics and whose words are well known. Many of us grew up with their stories, poems, and essays and have since passed them on to friends and family.

Margaret Wise Brown’s Goodnight Moon (1947) is among the first books introduced to young children. The characters in Willa Cather’s My Ántonia (1918), Sandra Cisneros’s The House on Mango Street (1984), and Alice Walker’s The Color Purple (1982) remain vivid long after our encounters with them in the classroom. Whether using their life experiences or powers of imagination, each of these women has contributed to the development of American literature in significant ways. Several of them have won Pulitzer Prizes, Nobel Prizes, or both, and as this exhibition reveals, their personal stories—in addition to those they have written—continue to offer insight and inspiration. For more information, visit the exhibit’s web site.