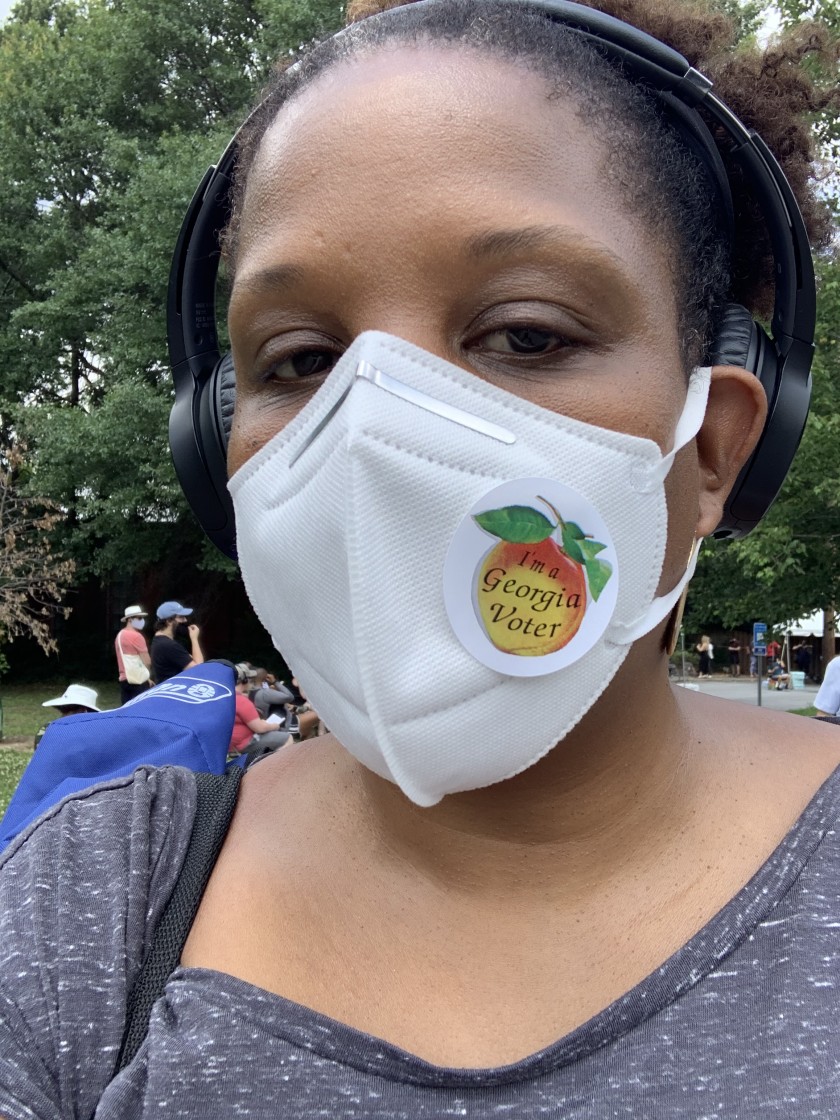 For months, the Times has been asking writers to tell us what they’re seeing, hearing and doing in quarantine. Over the past few weeks they’ve been emerging to address another national emergency, racial injustice. Tayari Jones, whose bestselling novel “An American Marriage” was an Oprah’s Book Club selection, was worried for her older parents, but emerged from COVID quarantine in order to cast her vote on Election Day in Atlanta. After a wait of nearly four hours, she visited her parents for a distanced catch-up.

It was Election Day in Georgia. I will admit that I am not a “super voter” who comes out for each and every election. I show up for the presidential but I’m spotty when it comes to the local, between-year races. Maybe this is because for much of my voter-eligible life, I have lived in temporary homes, chasing the gigs that made my life as a writer possible. Over the last 30 years, I have lived in a dozen cities, never putting down roots.

Now I have returned to Atlanta, my hometown. Even before I unpacked the first box, I registered to vote. Knowing that I would be on book tour in November 2018, I opted to vote absentee. I’d heard rumblings about ballots being thrown out for minor issues, so I was extra careful as I checked the box beside STACEY ABRAMS for governor. I scrutinized everything several times before sealing the envelope, and even affixed an extra stamp. Read Tayari Jones’s full voting diary at The L.A. Times.