Alex Thomas on How the Series Uses Reading to Reveal Character 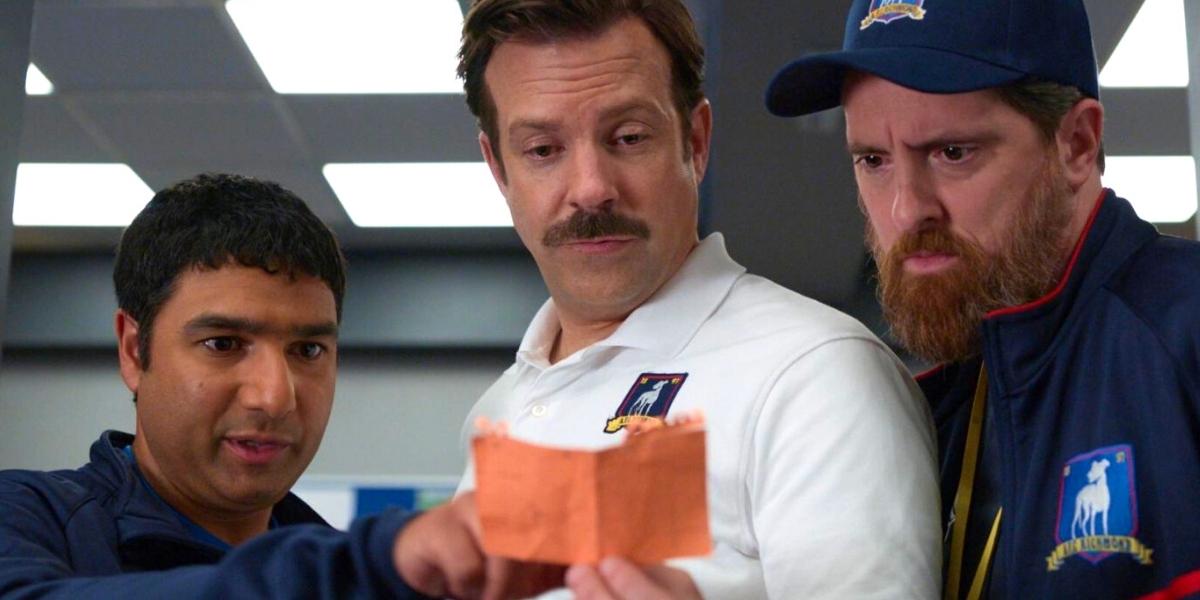 As bibliophiles we’re frequently struck by books, a bit stunned by their presence in a modern world loud with the clatter of smartphones and the suffocating omnipresence of social media. We’re the sort of oddballs who peer at what strangers are reading on the subway or in cafes. And so I immediately took note during the opening scene of Ted Lasso, when our hero conspicuously dropped a book on his airplane seat. That book: Dharma Bums, is Jack Kerouac’s best; a roman à clef about aspiring bodhisattvas headed toward their next adventure in life. Just as Ted is embarking on a new adventure in his life: going to England to coach football with barely any knowledge of the sport.

Dharma Bums touches a soft spot for me, it was the pinnacle of my high school Kerouac phase and I brushed its nodding presence in Ted Lasso off as a coincidence. But my assumption of coincidence was discarded during the third episode of the show, when Ted gives each of the characters a book as a gift. To the arrogant young star Jamie Tartt, he gifts The Beautiful & Damned, Fitzgerald’s novel about the arrogant young heir Anthony Patch who is doomed by his habit of coasting atop the lucky odds given to him.

But while the momentary appearance of Fitzgerald’s overrated sophomore novel may reek of high-brow literature, the show doesn’t succumb to literary arrogance. A major plotline within the third episode is the personal development of aging star Roy Kent, to whom Ted gives a copy of the YA novel A Wrinkle in Time.

When Roy Kent asks Ted, “what even is A Wrinkle in Time,” a side character jumps in to answer, “it’s a lovely novel. It’s the story of a young girl’s struggle with the burden of leadership as she journeys through space.” Later in the episode, as Roy reads the book to his niece, he comes across the line: “that it has to be me. It can’t be anyone else”—Roy shouts “fuck” and the epiphany Ted hoped for is reached. And the viewer experiences that almost mystical sensation of any middle-school English teacher who has finally gotten through to a stubborn student. Read the full piece at LitHub.