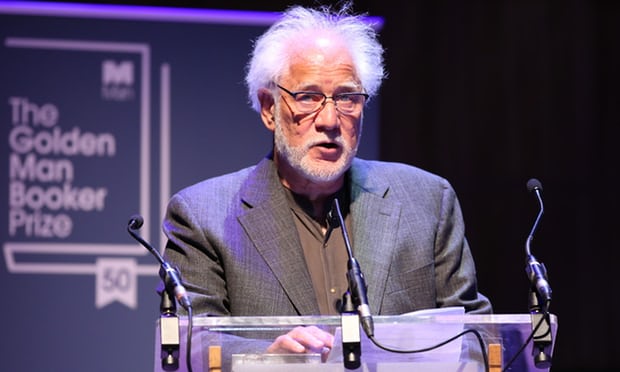 Twenty six years ago, the panel of judges were so unsure who should win the Man Booker in 1992 that they ended up with a tie: Michael Ondaatje and Barry Unsworth. But on Sunday evening Ondaatje edged ahead, with his bestselling novel The English Patient being named the best winner of the Booker prize of the last 50 years, in a public vote.

The Golden Booker was held this year to mark a half-century of the prize. A panel of judges read all 52 former winners of the award, with each assigned a decade from the Booker’s history. The Observer’s Robert McCrum, taking on the 1970s, chose VS Naipaul’s In a Free State; poet Lemn Sissay, reading the titles from the 1980s, went for Penelope Lively’s Moon Tiger; The English Patient was novelist Kamila Shamsie’s selection from the 1990s; Hilary Mantel’s Wolf Hall was nominated as the best of the 2000s by broadcaster Simon Mayo, and George Saunders’ Lincoln in the Bardo topped poet Hollie McNish’s reading of the 2010s Booker winners. The five books were then put to a public vote. Read more at The Guardian.