The Heist Within “Harlem Shuffle”

‘The World Always Outwits Human Ingenuity.’ How the Energetic Cover of Colson Whitehead’s Upcoming Novel Harlem Shuffle Hints at the Heist Within 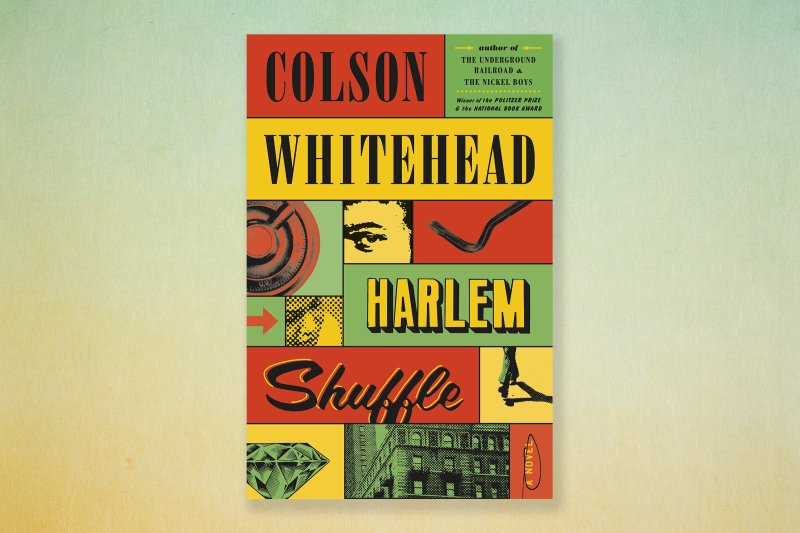 When Oliver Munday set out to design the jacket art for Colson Whitehead’s new novel coming in September, Harlem Shuffle, he turned to a quote from the man himself: “I get to be funny again.”

“I could feel the sigh of relief in his words,” Munday tells TIME. The designer behind the art for Whitehead’s two Pulitzer Prize-winning novels, The Underground Railroad and The Nickel Boys, felt a similar sense of levity. The topics of the previous books were both deeply serious, tackling American slavery and a treacherous real-life reform school, respectively.

Harlem Shuffle, about a furniture salesman wrapped up in a double life of crime, is something of a departure. Ten books in, Whitehead has established a pattern of unpredictability, experimenting across narrative types, structures and even genres, though always delivering sharp observation and rich prose. In his latest, he picks up a thread laid down in his debut book — 1998’s The Intuitionist offered shades of detective fiction — to edge back into the crime genre. For Harlem Shuffle, the author looked to favorite caper films from 1951’s Rififi to Ocean’s Eleven. “I love the meticulous planning; the way the heisters try to outwit destiny and fate by exercising their own will,” Whitehead says. “Something goes wrong and that’s the lesson: the world always outwits human ingenuity.” Read the full piece at Time.