Award-winning novelist Kamila Shamsie says that she doesn’t feel optimistic about the future of anyone these days, between rising populism and the horror of climate change 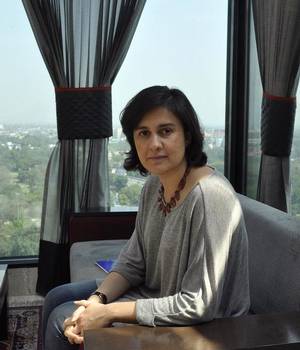 British-Pakistani author Kamila Shamsie hit the headlines recently when the jury for a German literary prize reversed its decision to honour her with the award. The reason cited was Shamsie’s support for a pro-Palestine/ anti-Israel movement. Several authors (Noam Chomsky, J.M. Coetzee, William Dalrymple, Jeanette Winterson, Ben Okri, among them) expressed outrage over this in an open letter published in the London Review of Books.

In this interview, Shamsie talks of her position as a writer, her last novel, Home Fire (2017), and about difficulties of representation. Excerpts:

How do you define yourself — as a diaspora writer, a transnational/ international writer, Muslim writer, or something else?

I don’t really. When you’re writing you don’t think of labels. At various times, depending on context, I have talked about myself as a Pakistani writer, a woman writer, a Muslim writer, a British-Pakistani writer. The words that don’t have any resonance for me are ‘transnational/ international’ and ‘diaspora’. Read the full interview at The Hindu.