The Nation on The New York Times Book Review

The New York Times Book Review at a Crossroads

What does the future hold for one of United States’ oldest literary institutions? 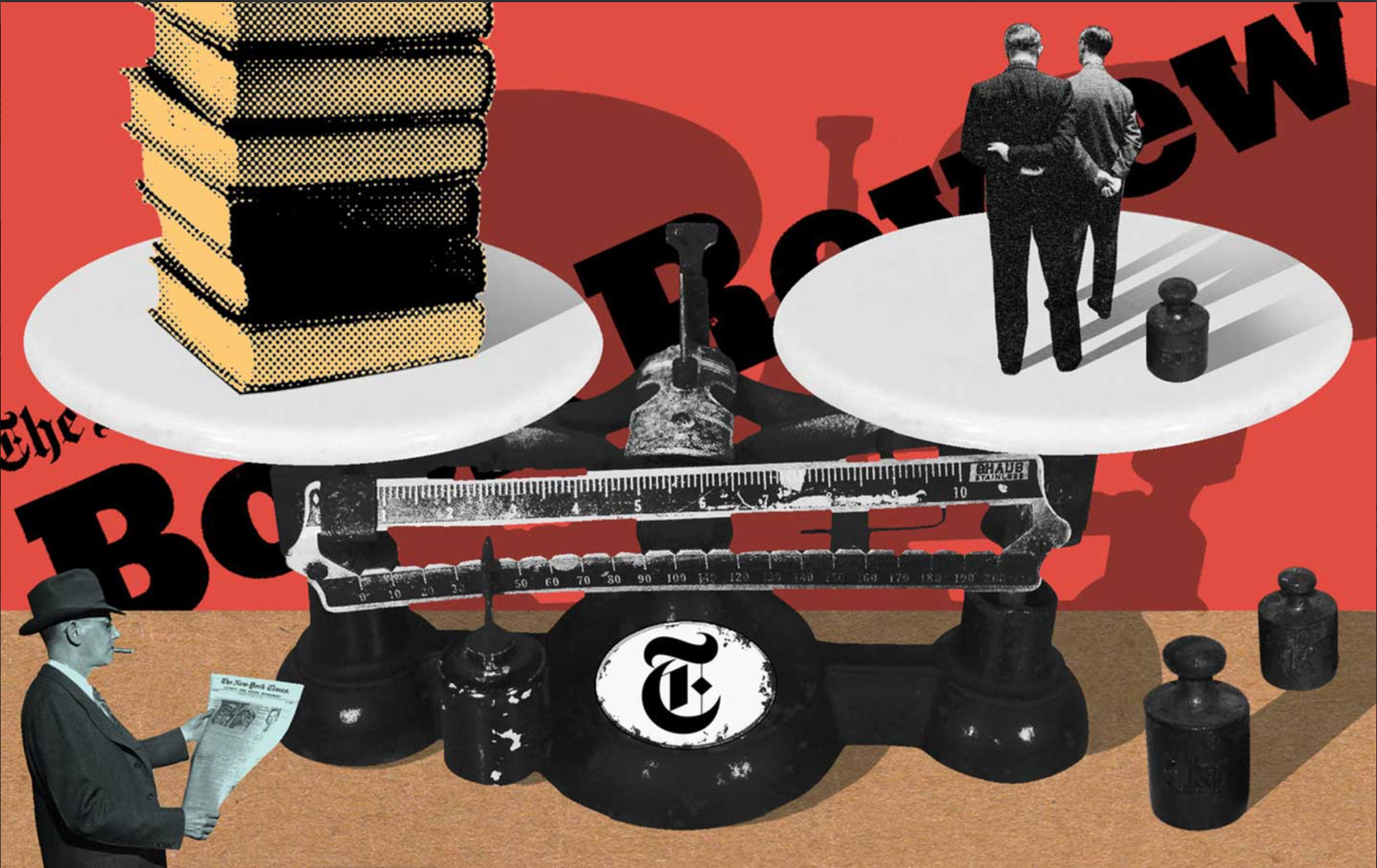 For more than a century, The New York Times Book Review has been one of the most influential, if not most august, institutions in American letters. This rarefied status is largely attributable to its endurance. Once upon a time, every major newspaper had a books section. Some, such as the Chicago Tribune and the San Francisco Chronicle, even had their own stand-alone supplements. But after decades of contraction in the news business, dedicated books divisions have all but perished. Among the daily newspapers, just the Book Review remains. Its only real competition now comes from general interest magazines that tend to cover roughly the same number of books in a year as the Book Review does in a month

For such a durable institution, it is striking that The New York Times Book Review has mostly remained devoted to the template for book reviewing it adopted in the early 20th century. The editors cover the book world as if it were any other news beat: They assign reviews that tend to be informative rather than interpretative, telling readers what books are being published, how relevant the new releases are to current affairs, which of them might be worth purchasing, and which authors are on the rise. According to an early unsigned letter from its editors, the supplement aimed to serve as “an open forum for the discussion of books from all sane and honest points of view.” That modest ambition remains in place today, even if, in practice, “sane and honest” can often mean avoiding provocative arguments in favor of reviews that are evenhanded and descriptive. As its recently departed editor, Pamela Paul, put it in 2018, “The Book Review has a long tradition of being a political Switzerland.”

The Book Review’s pursuit of fairness and balance has become one of its signatures over the decades. While many literary magazines ask reviewers to weigh in on a book primarily because of the strength of their opinions, the Book Review’s pages often seek to be a retreat from the ideological debates raging among intellectuals and the commentariat. In the Times’ view, this gives its reviews an authority that surpasses what can be found elsewhere. “In my mind there’s an almost platonic notion of what the center is,” explained one of the Review’s editors, Barry Gewen, in an interview from 2018, “and we try to bring the discussion to the center.” Read the full story at The Nation.