The unfulfilled promise of American citizenship

The unfulfilled promise of American citizenship 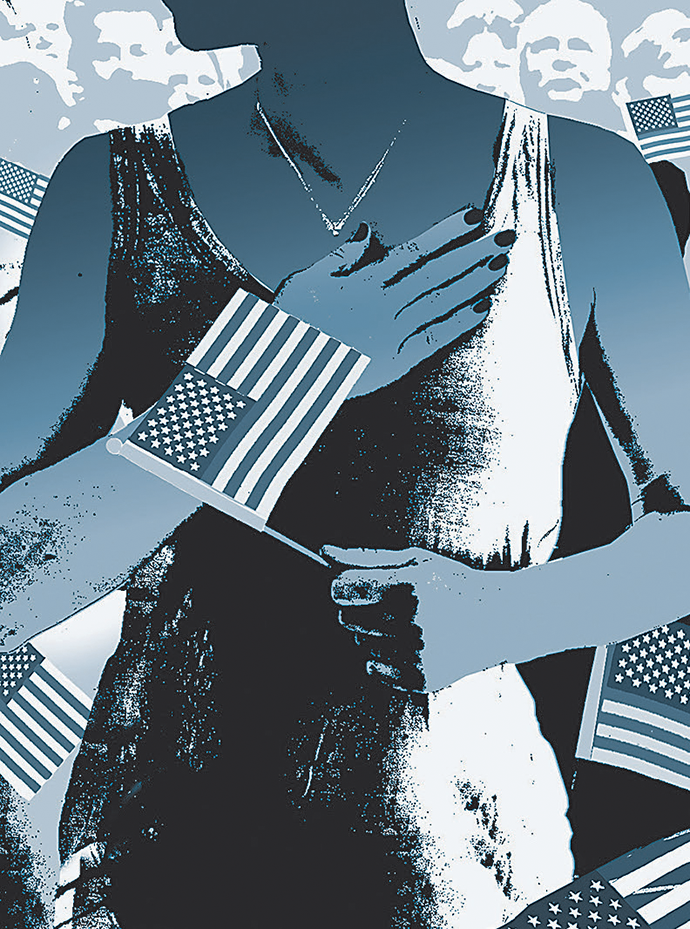 I became an American on a sweltering day in 2000, a day when the marine layer over Los Angeles cleared off before breakfast. The date had been circled on my wall calendar with the same blue Sharpie I used to mark holidays, and I thought of it as an equally festive occasion, the culmination of a journey that had begun when I came to the United States as a student eight years earlier. Over the course of those years, I had adopted — almost without realizing it — two of the more emblematic trappings of that particular era: a job at a tech startup and an SUV for which I had no discernible need. The deregulation of banks, the war in the Balkans, and Bill Clinton’s angry denials that he did not have sexual relations with that woman were in the past. The NASDAQ was at a record high; unemployment was at a record low. The future seemed full of possibility.

The citizenship ceremony was held at the Fairplex, a 487-acre facility best known for hosting the Los Angeles County Fair every summer. I remember wearing a sleeveless dress, a silver necklace my mother had given me, and a pair of high heels. My husband was in the same black suit and tie he had worn at our wedding. We made our way to Building Four, a large, gray hall where I turned in my Alien Registration Card and was handed a miniature American flag in return. Folding chairs had been set up in two columns: those who were to be sworn in had to sit on the left side of the aisle, their guests on the right. Read the full essay at Harpers.