12 Latina Authors You Should Be Reading Right Now 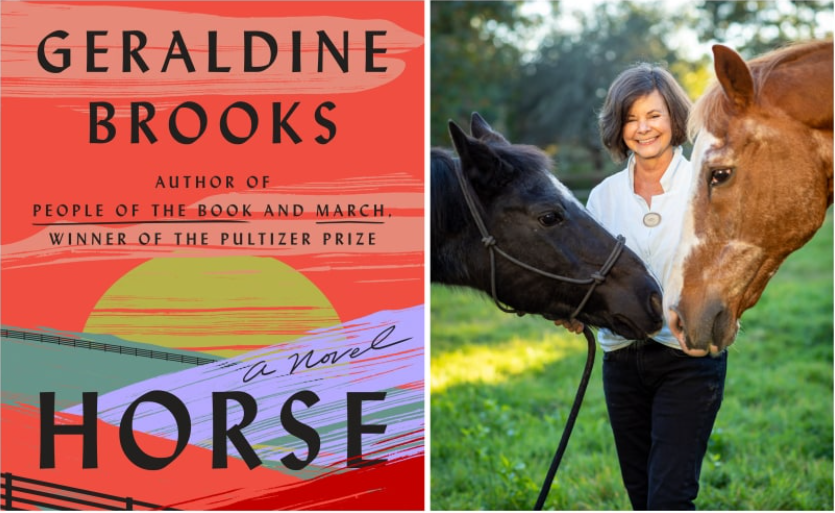 In 2019, a PhD student in art history rescues an oil painting of a racehorse from a pile of discarded stuff on a Georgetown sidewalk, and a zoologist finds a skeleton marked “Horse” in a Smithsonian attic. In 1850, an enslaved boy is present at the birth of a foal. These are the ingredients with which Geraldine Brooks begins her new novel, “Horse,” and, goodness, they are just as beguiling as her fluid, masterful storytelling.

From the beginning, the weave of the narrative is clear: It’s no surprise that the horse in the painting is the same animal whose bones are collecting dust in the Smithsonian and the same again as the newborn foal who will find a devoted, lifelong companion in the boy, Jarret. The horse’s name is Lexington, and he was a real-life racehorse who won six of his seven starts and became a legendary thoroughbred sire whose offspring dominated American racing in the late 19th century. Brooks includes other figures from history: Lexington’s various owners; Thomas J. Scott, a Pennsylvania-born animal painter who served in the Union Army during the Civil War; and the modernist art dealer Martha Jackson. But Brooks’s central characters — Jarret; the art historian Theo; and the zoologist Jess — are invented. Read the full review at the Washington Post.