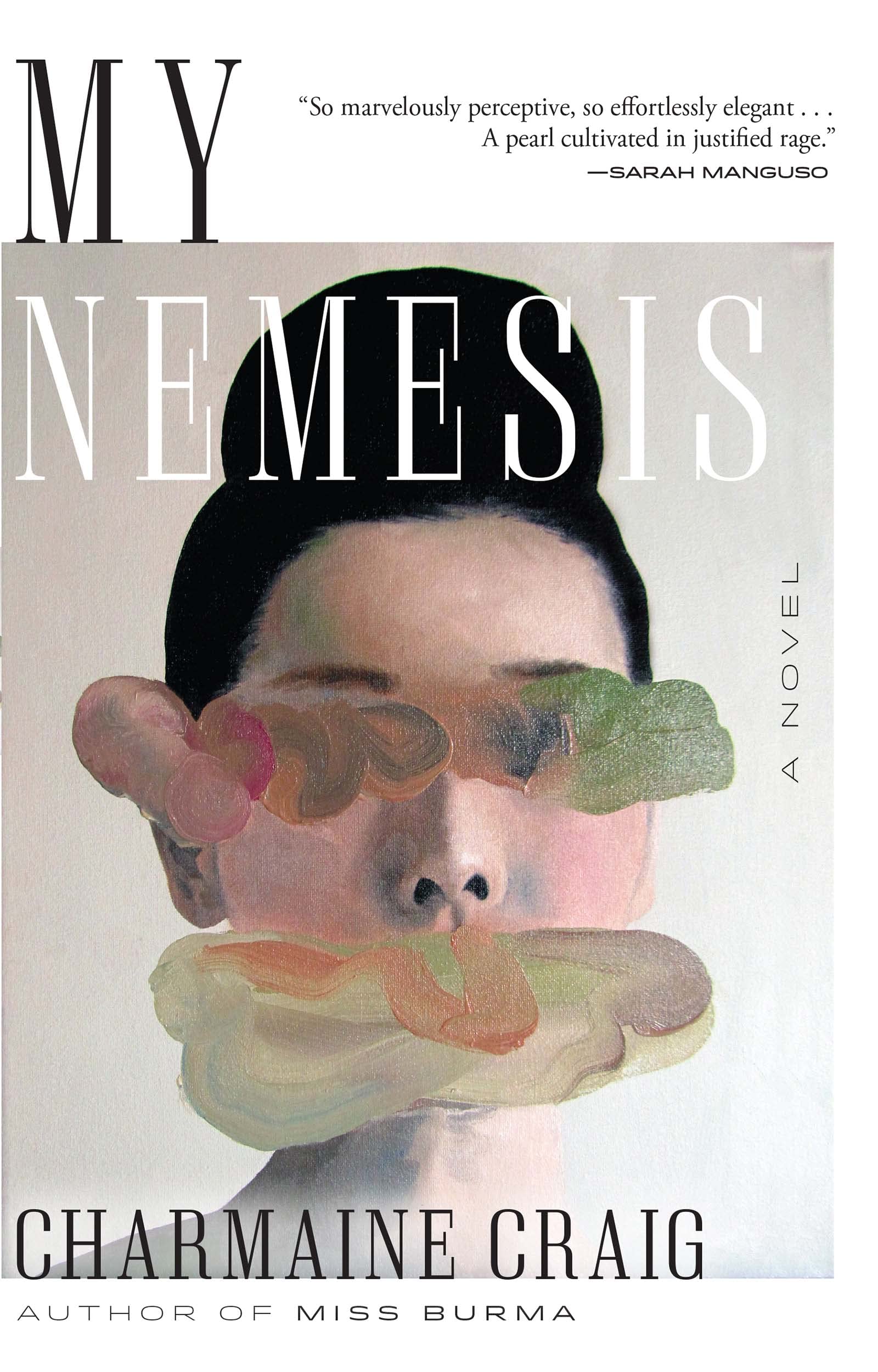 Tessa is a successful writer who develops a friendship, first by correspondence and then in person, with Charlie, a ruggedly handsome philosopher and scholar based in Los Angeles. Sparks fly as they exchange ideas about Camus and masculine desire, and their intellectual connection promises more — but there are obstacles to this burgeoning relationship.

While Tessa’s husband Milton enjoys Charlie’s company on his visits to the East Coast, Charlie’s wife Wah is a different case, and she proves to be both adversary and conundrum to Tessa. Wah’s traditional femininity and subservience to her husband strike Tessa as weaknesses, and she scoffs at the sacrifices Wah makes as adoptive mother to a Burmese girl, Htet, once homeless on the streets of Kuala Lumpur. But Wah has a kind of power too, especially over Charlie, and the conflict between the two women leads to a martini-fueled declaration by Tessa that Wah is “an insult to womankind.” As Tessa is forced to deal with the consequences of her outburst and considers how much she is limited by her own perceptions, she wonders if Wah is really as weak as she has seemed, or if she might have a different kind of strength altogether.

Compassionate and thought-provoking, My Nemesis is a brilliant story of seduction, envy, and the ways we publicly define and privately deceive ourselves today. 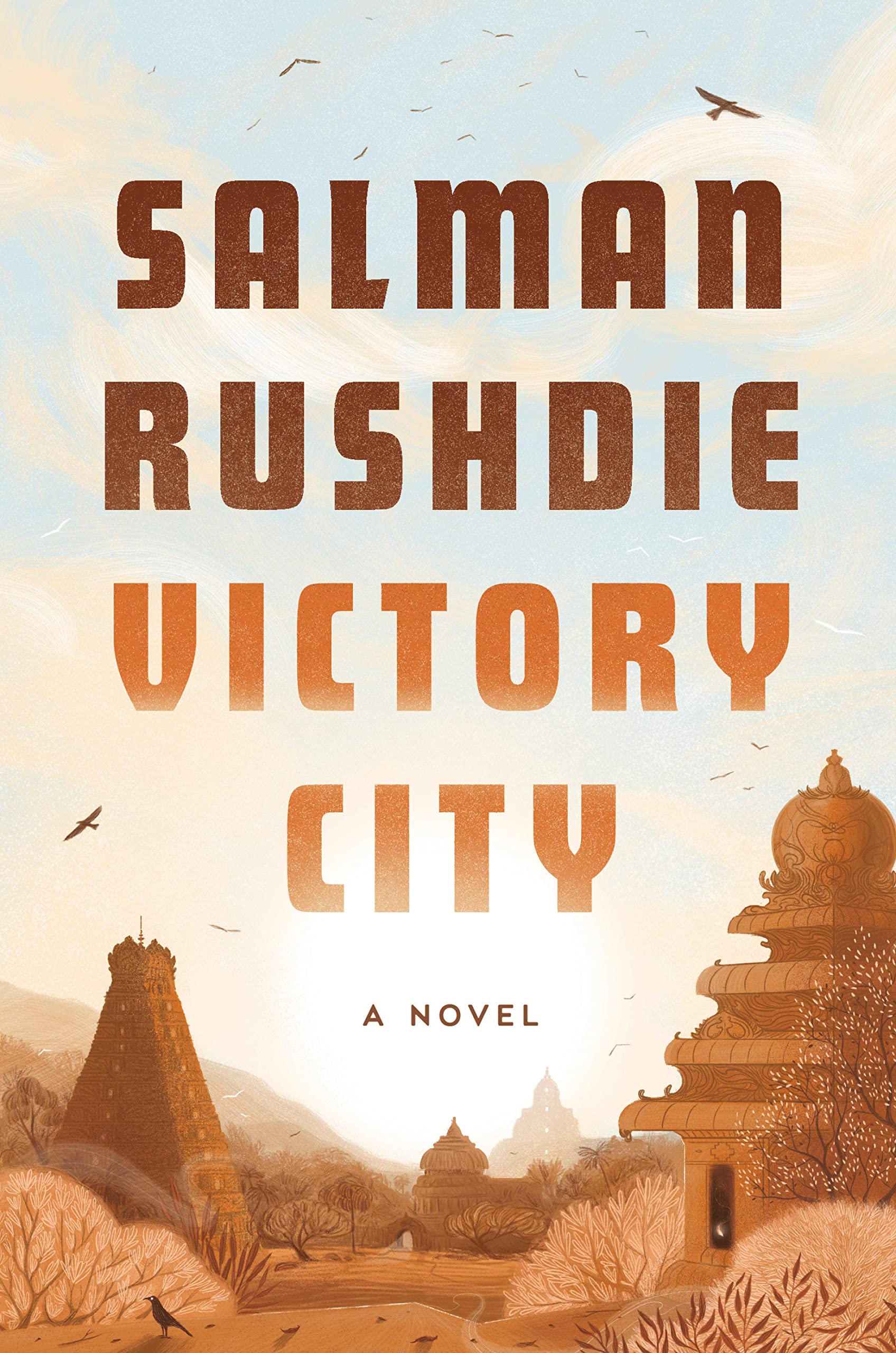 In the wake of an unimportant battle between two long-forgotten kingdoms in fourteenth-century southern India, a nine-year-old girl has a divine encounter that will change the course of history. After witnessing the death of her mother, the grief-stricken Pampa Kampana becomes a vessel for her namesake, the goddess Pampa, who begins to speak out of the girl’s mouth. Granting her powers beyond Pampa Kampana’s comprehension, the goddess tells her that she will be instrumental in the rise of a great city called Bisnaga — “victory city” — the wonder of the world.

Over the next 250 years, Pampa Kampana’s life becomes deeply interwoven with Bisnaga’s, from its literal sowing from a bag of magic seeds to its tragic ruination in the most human of ways: the hubris of those in power. Whispering Bisnaga and its citizens into existence, Pampa Kampana attempts to make good on the task that the goddess set for her: to give women equal agency in a patriarchal world. But all stories have a way of getting away from their creator, and Bisnaga is no exception. As years pass, rulers come and go, battles are won and lost, and allegiances shift, the very fabric of Bisnaga becomes an ever more complex tapestry — with Pampa Kampana at its center.

Brilliantly styled as a translation of an ancient epic, Victory City is a saga of love, adventure, and myth that is in itself a testament to the power of storytelling. 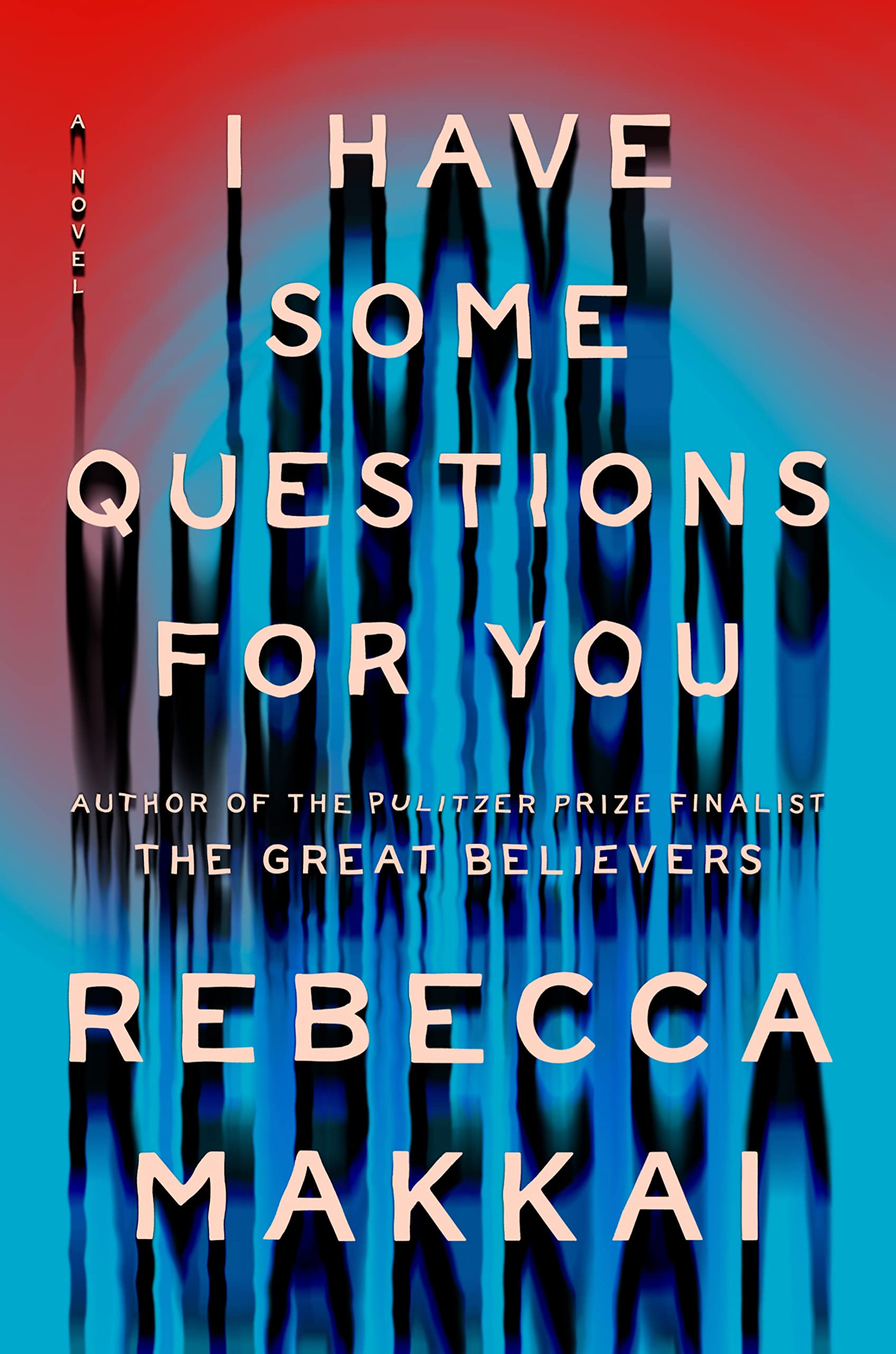 I Have Some Questions For You by Rebecca Makkai (February 21, 2023)

A successful film professor and podcaster, Bodie Kane is content to forget her past — the family tragedy that marred her adolescence, her four largely miserable years at a New Hampshire boarding school, and the 1995 murder of a classmate, Thalia Keith. Though the circumstances surrounding Thalia’s death and the conviction of the school’s athletic trainer, Omar Evans, are the subject of intense fascination online, Bodie prefers — needs — to let sleeping dogs lie.

But when The Granby School invites her back to teach a two-week course, Bodie finds herself inexorably drawn to the case and its increasingly apparent flaws. In their rush to convict Omar, did the school and the police overlook other suspects? Is the real killer still out there? As she falls down the very rabbit hole she was so determined to avoid, Bodie begins to wonder if she wasn’t as much of an outsider at Granby as she’d thought — if, perhaps, back in 1995, she knew something that might have held the key to solving the case.

One of the most acclaimed contemporary American writers, Rebecca Makkai reinvents herself with each of her brilliant works of fiction. Both a transfixing mystery and a deeply felt examination of one woman’s reckoning with her past, I Have Some Questions for You is her finest achievement yet. 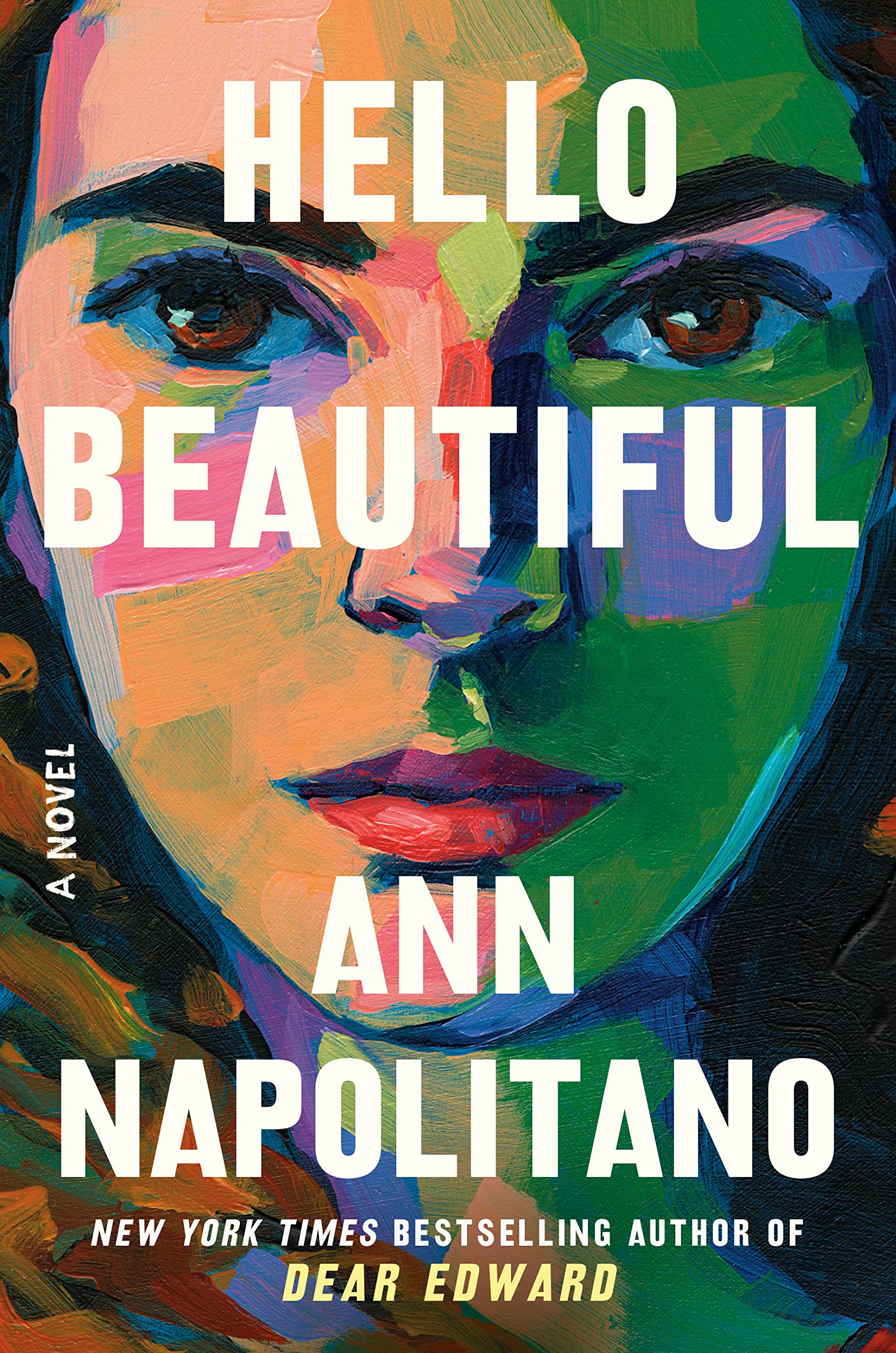 William Waters grew up in a house silenced by tragedy, where his parents could hardly bear to look at him, much less love him—so when he meets the spirited and ambitious Julia Padavano in his freshman year of college, it’s as if the world has lit up around him. With Julia comes her family, as she and her three sisters are inseparable: Sylvie, the family’s dreamer, is happiest with her nose in a book; Cecelia is a free-spirited artist; and Emeline patiently takes care of them all. With the Padavanos, William experiences a newfound contentment; every moment in their house is filled with loving chaos.

But then darkness from William’s past surfaces, jeopardizing not only Julia’s carefully orchestrated plans for their future, but the sisters’ unshakeable devotion to one another. The result is a catastrophic family rift that changes their lives for generations. Will the loyalty that once rooted them be strong enough to draw them back together when it matters most?

An exquisite homage to Louisa May Alcott’s timeless classic, Little Women, Hello Beautiful is a profoundly moving portrait of what is possible when we choose to love someone not in spite of who they are, but because of it. 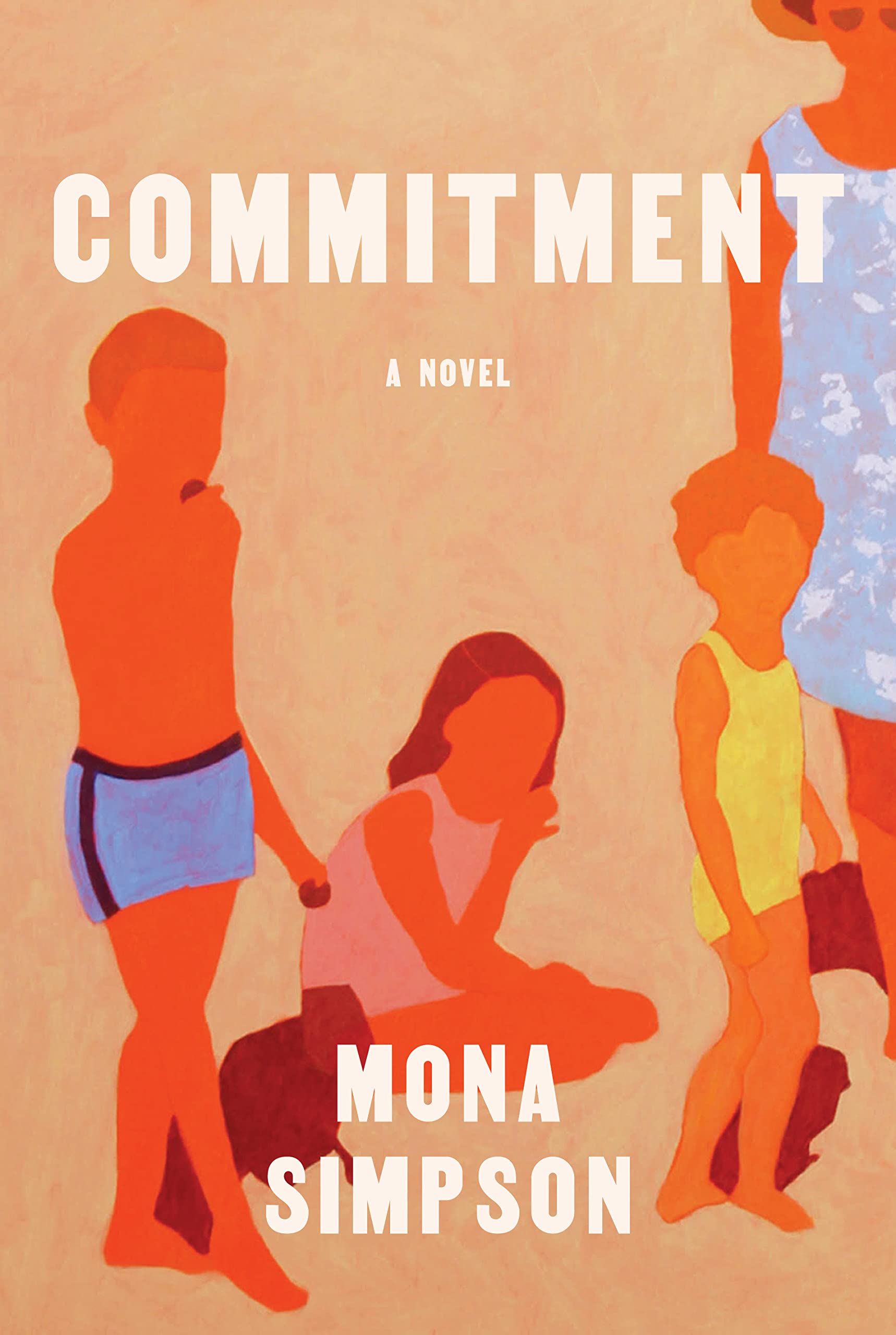 When Diane Aziz drives her oldest son, Walter, from Los Angeles to college at UC Berkeley, it will be her last parental act before falling into a deep depression. A single mother who maintains a wishful belief that her children can attain all the things she hasn’t, she’s worked hard to secure their future in caste drive 1980s Los Angeles, gaining them illegal entry to an affluent public school. When she enters a state hospital, her closest friend tries to keep the children safe and their mother’s dreams for them alive.

At Berkeley, Walter discovers a passion for architecture just as he realizes his life as a student may need to end for lack of funds. Back home in LA, his sister, Lina, who works in an ice-cream parlor while her wealthy classmates are preparing for Ivy league schools, wages a high stakes gamble to go there with them. And Donny, the little brother everybody loves, begins to hide in plain sight, coding, gaming, and drifting towards a life on the beach, where he falls into an escalating relationship with drugs.

Moving from Berkeley and Los Angeles to New York and back again, this is a story about one family trying to navigate the crisis of their lives, a crisis many know first-hand in their own families or in those of their neighbors. A resonant novel about family and duty and the attendant struggles that come when a parent falls ill, Commitment honors the spirit of fragile, imperfect mothers and the under-chronicled significance of friends, in determining the lives of our children left on their own. With Commitment, Mona Simpson, one of the foremost chroniclers of the American family in our time, has written her most important and unforgettable novel. 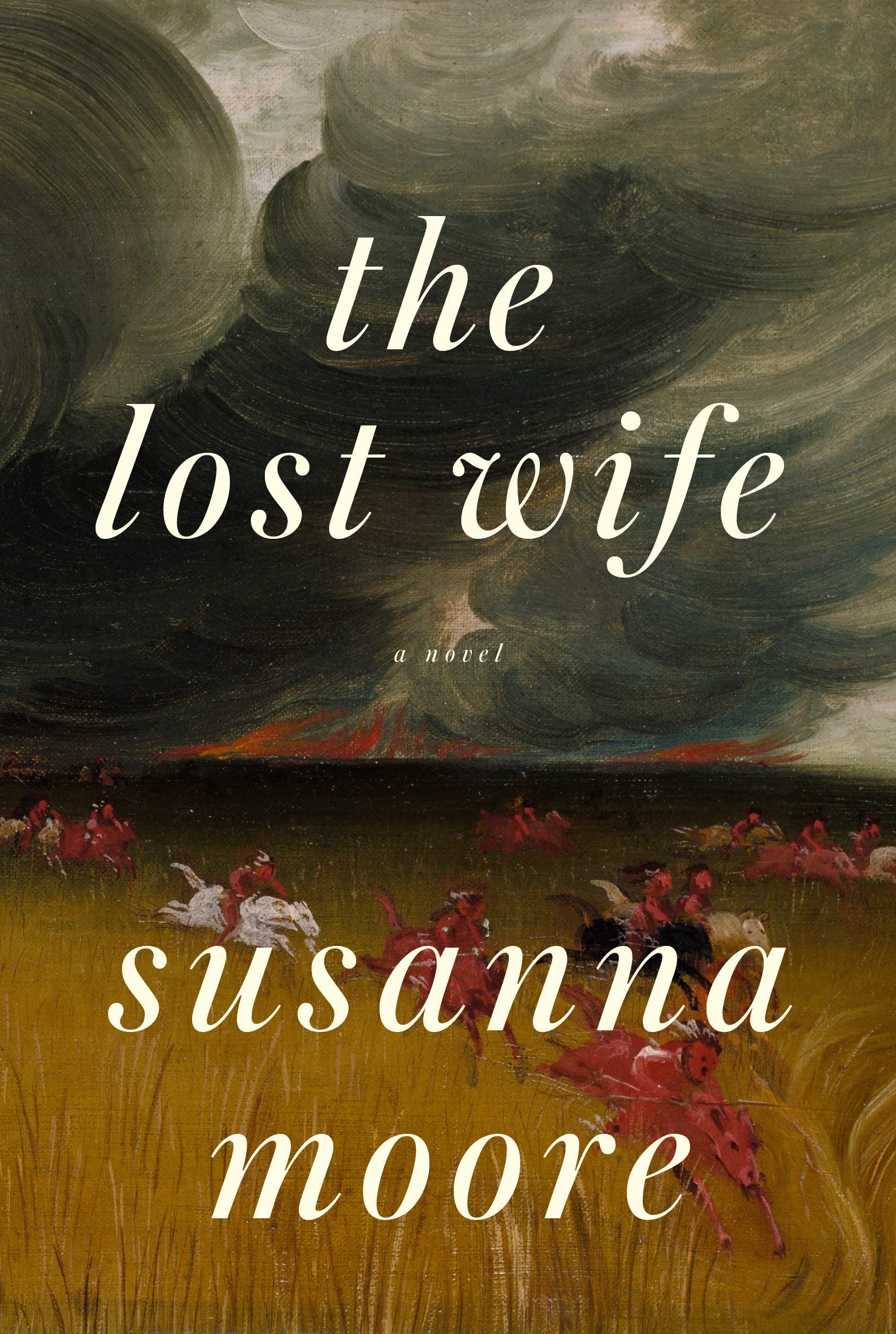 In the summer of 1855, Sarah Brinton abandons her husband and child to make the long and difficult journey from Rhode Island to Minnesota Territory, where she plans to reunite with a childhood friend. When she arrives at a small frontier post on the edge of the prairie without family or friends and with no prospect of work or money, she quickly remarries and has two children. Anticipating unease and hardship at the Indian Agency, where her husband Dr. John Brinton is the new resident physician, Sarah instead finds acceptance and kinship among the Sioux women at a nearby reservation.

The Sioux tribes, however, are wary of the white settlers and resent the rampant theft of their land. Promised payments by the federal government are never made, and starvation and disease soon begin to decimate their community. Tragically and inevitably, this leads to the Sioux Uprising of 1862. During the conflict, Sarah and her children are abducted by the Sioux, who protect her, but because she sympathizes with her captors, Sarah becomes an outcast to the white settlers. In the end, she is lost to both worlds.

Intimate and raw, The Lost Wife is a brilliantly subversive tale of the conquest of the American West. 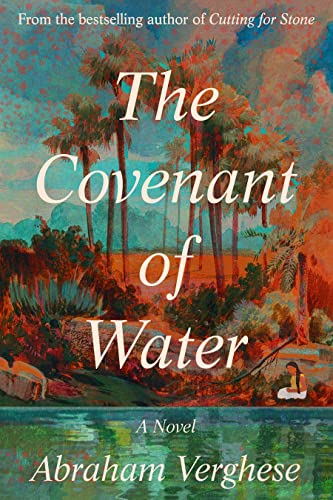 The Covenant of Water is the long-awaited new novel by Abraham Verghese, the author of Cutting for Stone. Published in 2009, Cutting for Stone became a literary phenomenon, selling over 1.5 million copies in the United States alone and remaining on the New York Times bestseller list for over two years.

Spanning the years 1900 to 1977, The Covenant of Water is set in Kerala, on South India’s Malabar Coast, and follows three generations of a family that suffers a peculiar affliction: in every generation, at least one person dies by drowning — and in Kerala, water is everywhere. The family is part of a Christian community that traces itself to the time of the apostles, but times are shifting, and the matriarch of this family, known as Big Ammachi — literally “Big Mother” — will witness unthinkable changes at home and at large over the span of her extraordinary life. All of Verghese’s great gifts are on display in this new work: there are astonishing scenes of medical ingenuity, fantastic moments of humor, a surprising and deeply moving story, and characters imbued with the essence of life.

A shimmering evocation of a lost India and of the passage of time itself, The Covenant of Water is a hymn to progress in medicine and to human understanding, and a humbling testament to the hardships undergone by past generations for the sake of those alive today. It is one of the most masterful literary novels published in recent years. 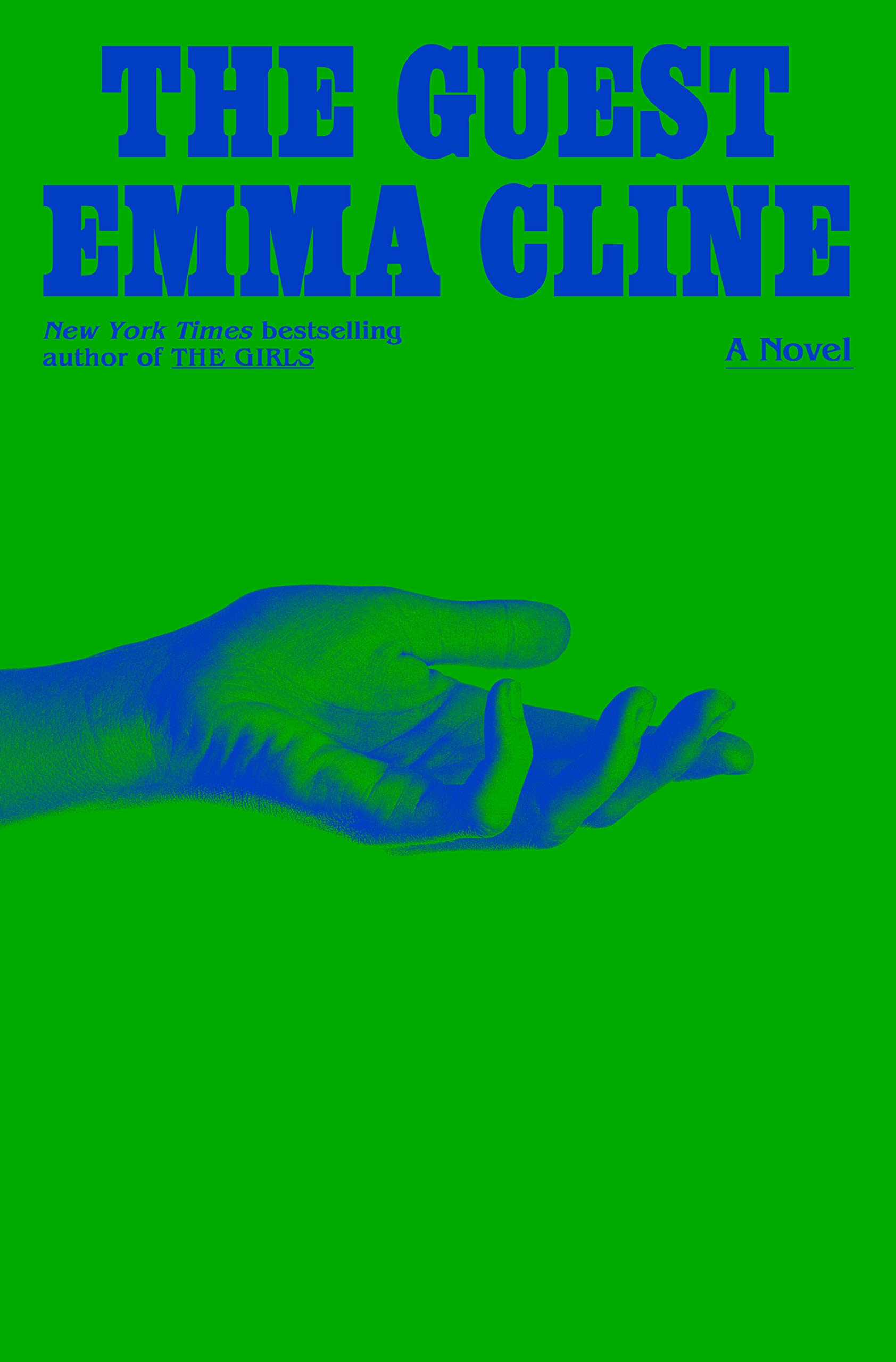 Summer is coming to a close on the East End of Long Island, and Alex is no longer welcome.

A misstep at a dinner party, and the older man she’s been staying with dismisses her with a ride to the train station and a ticket back to the city.

With few resources and a waterlogged phone, but gifted with an ability to navigate the desires of others, Alex stays on Long Island and drifts like a ghost through the hedged lanes, gated driveways, and sun-blasted dunes of a rarified world that is, at first, closed to her. Propelled by desperation and a mutable sense of morality, she spends the week leading up to Labor Day moving from one place to the next, a cipher leaving destruction in her wake.

Taut, propulsive, and impossible to look away from, Emma Cline’s The Guest is a spellbinding literary achievement. 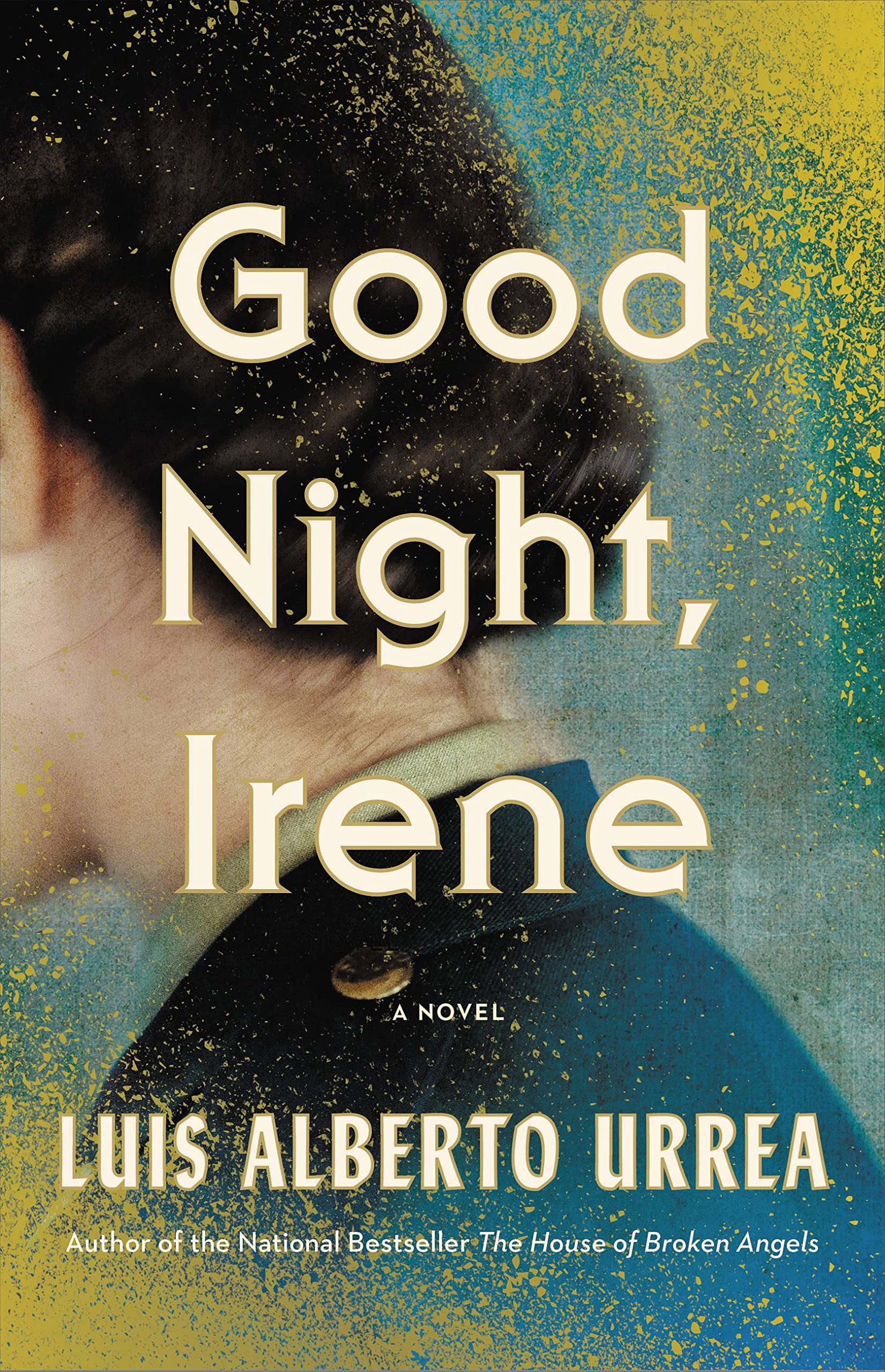 In 1943, Irene Woodward abandons an abusive fiancé in New York to enlist with the Red Cross and head to Europe. She makes fast friends in training with Dorothy Dunford, a towering Midwesterner with a ferocious wit. Together they are part of an elite group of women, nicknamed Donut Dollies, who command military buses called Clubmobiles at the front line, providing camaraderie and a taste of home that may be the only solace before troops head into battle.

After D-Day, these two intrepid friends join the Allied soldiers streaming into France. Their time in Europe will see them embroiled in danger, from the Battle of the Bulge to the liberation of Buchenwald. Through her friendship with Dorothy, and a love affair with a gallant American fighter pilot named Hans, Irene learns to trust again. Her most fervent hope, which becomes more precarious by the day, is for all three of them to survive the war intact.

Taking as inspiration his mother’s own Red Cross service, Luis Alberto Urrea has delivered an overlooked story of women’s heroism in World War II. With its affecting and uplifting portrait of friendship and valor in harrowing circumstances, Good Night, Irene powerfully demonstrates yet again that Urrea’s “gifts as a storyteller are prodigious” (NPR).