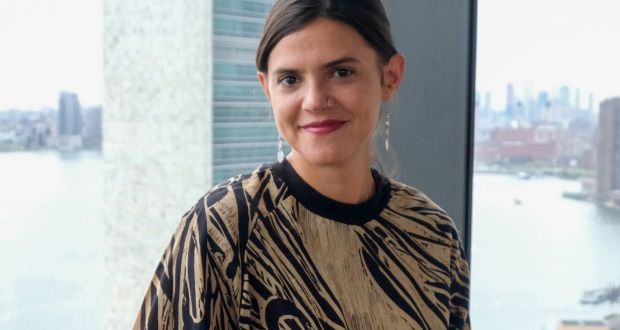 The novel, the first the author has written in English, follows an artist couple on a road trip from New York to Arizona with their two children in the heat of summer. As their parents’ relationship frays, the children try to make sense of both their family’s crisis and the larger one engulfing the news: the stories of thousands of children trying to cross the border into the US but getting detained or lost in the desert along the way.

The winner was announced today online by Dublin’s Lord Mayor Hazel Chu at the opening of the International Literature Festival Dublin, which runs until May 30th. The presentation took place at the Irish Consulate in New York City, where Luiselli lives. Consul General Ciarán Madden and Colm Tóibín, who won the award in 2006 for The Master, presented Luiselli with her prize on behalf of its sponsor, Dublin City Council. Read the full story at The Irish Times.