The Literary Acrobatics of Jennifer Egan 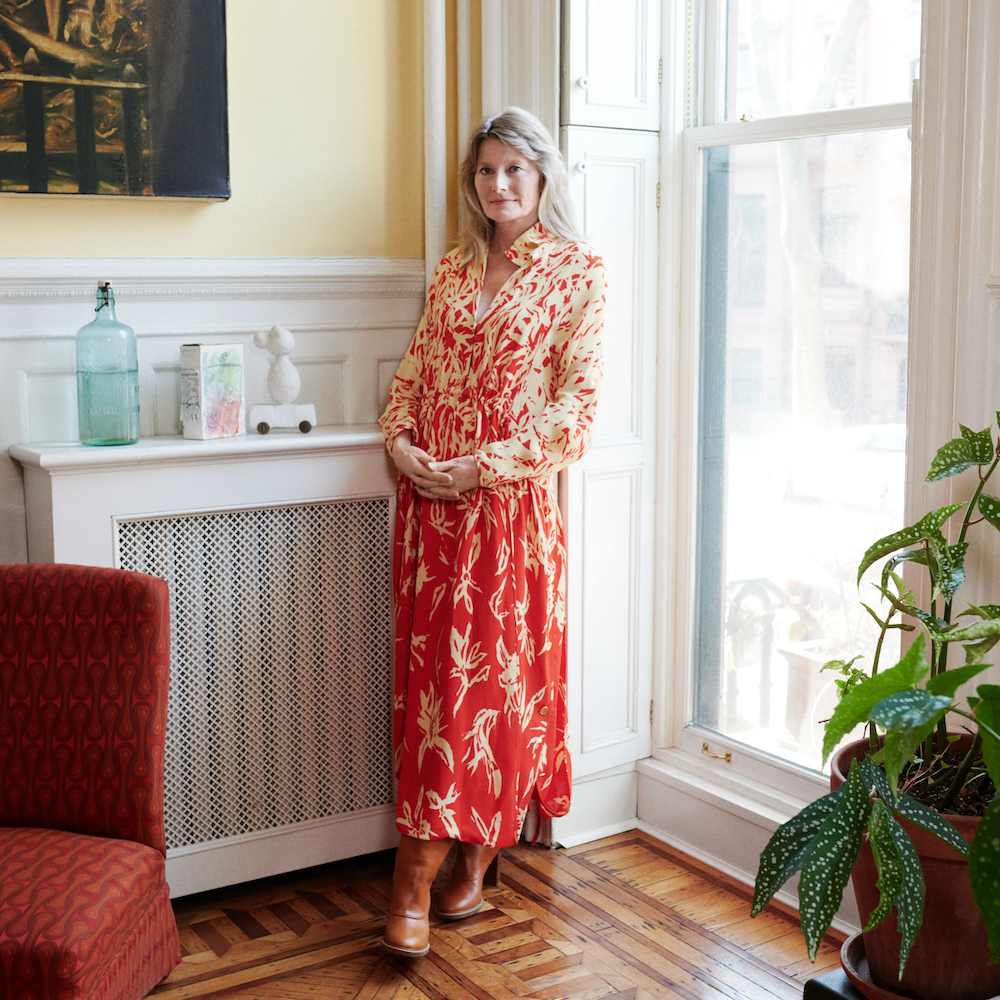 It’s a chilly January morning and a melancholic air hangs over East Seventh Street. Something shifts when Jennifer Egan rides up on her bicycle. Rosy-cheeked and wearing a dove-gray Fjällräven parka and stovepipe jeans that her teenage son recently outgrew, the novelist looks more like a carefree coed than a 59-year-old literary lion on the eve of her seventh book’s publication. She hops off her bike and locks it in front of a tenement building. “There it is,” she says, smiling up at a window three flights up. She leans back to snap a picture with her phone.

We’re standing in the shadows of the 450-square-foot apartment that Egan and her boyfriend (now husband), David Herskovits, rented for $900 a month back in the ’90s, when she was still working as a “private secretary” to a novelist-countess (among other less glamorous money jobs) and he was starting out as a theater director, staging shows at nearby venues like La MaMa Experimental Theatre Club and Nada. The pair decamped more than two decades ago — first to an apartment near Penn Station and then to Fort Greene, Brooklyn, where they raised two sons, but Egan never stopped thinking about that first apartment. It was where they used to host cast parties that “were so packed you could barely move,” and where she wrote her first book. She used it as a setting in A Visit From the Goon Squad, an audacious, polyphonic novel that circled around the music industry and won the Pulitzer Prize in 2011. In her recasting, the third-floor walk-up was home to Bix, a nerdy Black graduate student who predicted the rise of the internet. He is back in her mind-bending follow-up, The Candy House, now as a tech god whose memory-​collection invention has sent the free world off its axis. Bix is a one-name master of the universe, but he dreams of returning to the place where he was a nobody and had the best conversations of his life.

Egan herself is a first-rate conversationalist, her words flowing as we wend our way toward the East River, another one of Bix’s most cherished spots. Stunningly beautiful, with cobalt blue eyes and bone structure that calls to mind Katharine Hepburn, she seems more comfortable talking through her ideas, as if we’re in a writers workshop, than getting messy and personal. In this, Egan does not exactly make the interviewer’s job easy—though she has experience being on the other side of this equation: She recalls an interview she once conducted with a famous fashion designer who wasn’t in the mood to share much about his new fragrance. “But they sent me a huge container of the scent afterwards and I’ve worn nothing but ever since, so something good came of it,” she says with a laugh.

I first met Egan when I interviewed her about Goon Squad. We were in her home office, overlooking the leafy garden behind her brownstone where she sets up a folding La-Z-Boy recliner and writes in warmer months. I was pregnant, and as she spoke to me about her writing process, she continually reached for her cat, Cuddles, who kept trying to climb onto my lap. (She waits until today to tell me that she’d been worried since a pregnant friend had been severely hurt by a cat scratch.) At the end of our first talk she’d opened up about one of her own pregnancies, pointing to the easy chair in the corner of the study: She’d spent most of her labor there, working in a Muji notebook, delaying her departure for the hospital for so long that she ended up racing there at the last minute and missing her window for an epidural. And so I’m not shocked when she tells me that when she got COVID in March 2020, she attempted to push through with her writing routine, several longhand pages per day. “I was so sick,” she says. “But I finally had time to focus, and I didn’t want to take that for granted.” Read the full profile at Vogue.