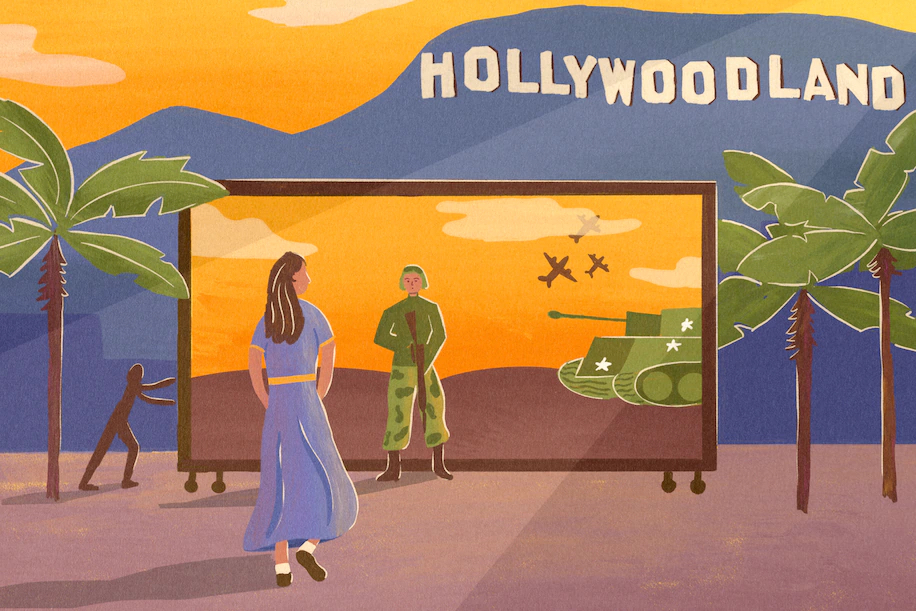 Anthony Marra labors under the most benevolent curse that can befall a writer: When he was 28 years old, he published “A Constellation of Vital Phenomena,” an astonishingly great debut novel. Manipulating time and tone with hypnotic effect, sweeping from tragic to absurd with majestic ease, Marra told the stories of folks caught in a war-torn Chechen village. “A Constellation of Vital Phenomena” won the inaugural John Leonard Prize for Best First Book from the National Book Critics Circle, and raves piled up around the novel like ticker tape.

Now, almost a decade later, Marra has published his second novel, a story set before and during World War II called “Mercury Pictures Presents.” The author’s fans, who include former president Barack Obama, will recognize his elegant resolution of tangled disasters, his heartbreaking poignancy, his eye for historical curiosities that exceed the parameters of fiction. But the emotional range here is narrower, the record of human cruelty more subtle. And if “Mercury Pictures Presents” doesn’t generate the impact of “A Constellation of Vital Phenomena,” well, that’s an impossibly high standard.

The novel opens in Hollywood in 1941. There’s a screwball comedy playing, but it’s not on the screen; it’s in the corporate office of Mercury Pictures. Studio founder Artie Feldman can’t believe his bald spot has finally grown too large to conceal. Older readers will recall Carl Reiner on “The Dick Van Dyke Show” when Artie suggests, “Maybe the toupee shrunk.” Six more toupees — all adorned with pet names — sit behind his desk on wooden heads like furry Oscars. “Artie had become convinced that each one crackled with the karmic energy of the hair’s original head, unrealized and awaiting release.” Read the full review at the Washington Post.